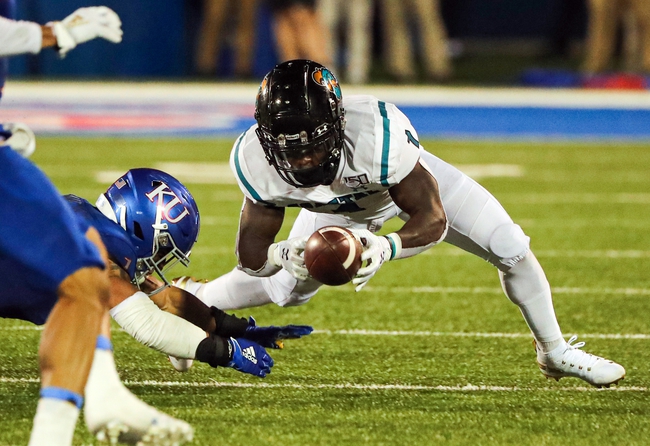 The Georgia State Panthers visit Brooks Stadium in Conway, South Carolina on Saturday to play the Coastal Carolina Chanticleers. Georgia State improved to 3-2 on the season following its 52-38 victory on Saturday over Arkansas State. The Panthers were led by Destin Coates who ran for a pair of late touchdowns, and all of the Panthers running backs scored at least one TD.

Coastal Carolina had a bye week this past weekend and the previous weekend lost to Appalachian State 56-37 and fell to 3-2 on the season. Quarterback Fred Payton passed for 240 yards and a pair of touchdowns in the loss. The Chanticleers gained 393 yards of total offense. Coastal was tied at 21-21 in the second quarter but gave up a pair of TDs to fall behind by 14 at the half and never recovered.

The OVER has cashed in 4 of the Panthers last 5