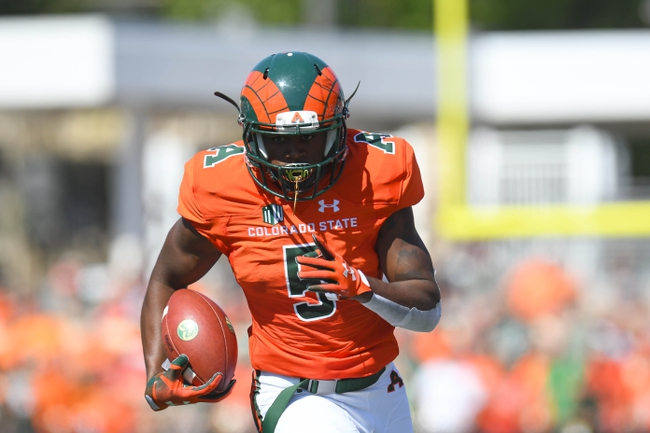 The Toledo Rockets look for a big road win to get a game above a .500 record. The Toledo Rockets have lost four of their last six road games. Mitchell Guadagni is completing 67.6 percent of his passes for 388 yards, three touchdowns and zero interceptions. Guadagni has two or more touchdown passes in four of his last eight games. Danzel McKinley-Lewis and Bryce Mitchell have combined for 268 receiving yards and one touchdown while Drew Rosi has six receptions. The Toledo Rockets ground game is averaging 185.5 yards per contest, and Bryant Koback leads the way with 135 yards and two touchdowns. Defensively, Toledo is allowing 19 points and 376.5 yards per game. Jordan Fisher leads the Toledo Rockets with 15 tackles, Terrance Taylor has one sack and Samuel Womack has one interception.

It's still a question if Collin Hill is going to play, but either way, the Toledo Rockets haven't proven that they're worth laying this many points on the road. Toledo isn't the same team from past years and has struggled on the road these last couple of seasons. I'm certainly not high on the Colorado State Rams, especially if Hill doesn't play, but this is more of a fade from Toledo and big chalk on the road. Give me the points if forced to pick, but this is probably a pass overall.