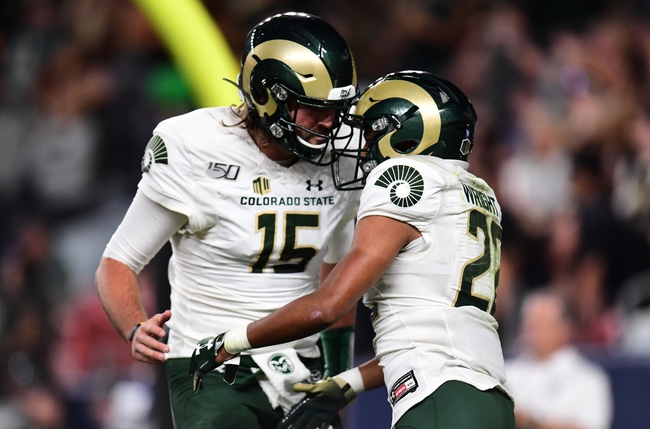 The Western Illinois Leathernecks and the Colorado State Rams will match up in Week 2 college football action Saturday.

Western Illinois opened up their season with a loss to the North Alabama Lions. The Leathernecks were behind 19-14 at the break and couldn’t close the gap in the second half, falling 26-17.

Connor Sampson threw for 183 yards in the loss for the Leathernecks, adding an interception on 18-of-30 passing. Kendon Walker led the Western Illinois rush with 38 yards on 10 carries.

Over on the Colorado State side, they dropped their opener as well, falling 52-31 to in-state rival Colorado. The Rams kept pace pretty well in the first half there, but put up just 10 points after the break.

Collin Hill was busy for the Rams in Week 1, tossing for 374 yards, three TDs and two picks. Dante Wright led the Colorado State rush with 59 yards and a score, and Warren Jackson hauled in eight balls for 87 yards and a TD.

The Leathernecks are 0-4 ATS in their last four road games and the under is 4-0 in the last four versus a team with a losing record. The under is 7-0 in Western Illinois’ last seven games on turf.

Meanwhile, the Rams are 0-5 ATS in their last five home games versus a team with a losing road record and the under is 5-1 in the last six road games. The under is 5-1 in Colorado State’s last six games after allowing more than 450 total yards in their previous game.

There’s plenty of work to do for the Leathernecks in the early-going this season; a few players put up decent numbers offensively in Week 1, but outside of a 14-point second quarter there’s not much to be happy about.

Colorado State has to shore things up defensively but I don’t think they’ll have any problems throwing up points here. I’m going Rams.