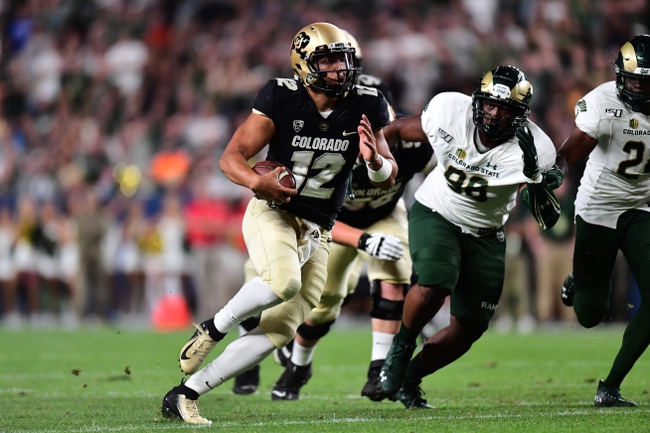 The Nebraska Cornhuskers and the Colorado Buffaloes meet in a week 2 college football matchup from Folsom Field on Saturday afternoon.

The Nebraska Cornhuskers will look to build on a season-opening 35-21 win over South Alabama in their last outing. Adrian Martinez threw for 178 yards and an interception on 13 of 22 passing while Dedrick Mills rushed for 44 yards and 2 touchdowns and Maurice Washington added 39 rushing yards. Jack Stoll led the Cornhuskers’ receiving group with 3 grabs for 66 yards while JD Spielman added 36 receiving yards and Wan’Dale Robinson added 3 receptions of his own. Defense and special teams did a ton of damage on the board for Nebraska as Spielman recorded a punt return for a touchdown while Eric Lee Jr. had a 38-yard pick-six and Alex Davis recovered a fumble in the end zone for a TD. The Huskers’ D also added 4 sacks, 3 interceptions and a pair of fumble recoveries.

The Colorado Buffaloes will look to remain unbeaten after starting the year with a 52-31 win over in-state rival Colorado State last time out. Steven Montez threw for 232 yards and 2 touchdowns on 13 of 20 passing while Alex Fontenot had 125 rushing yards and 3 touchdowns to lead the Buffs in that department. Jaren Mangham had 40 rushing yards and a rushing TD while Tony Brown led the Buffs with 71 receiving yards with 3 receptions. Laviska Shenault Jr. had 3 grabs for 48 yards and a touchdown while Jalen Harris had a receiving touchdown as well. Defensively, the Buffaloes combined for a pair of sacks and Mikial Onu had a pair of interceptions while Nate Landman and Delrick Abrams Jr. each had a team-high 9 tackles.

I get Nebraska being favored because they’re probably the better team. However, Colorado is a dangerous team, especially at home where the ball just sails through the thin air. I think Nebraska will be a team to watch out for in the Big Ten this season, but getting almost a free touchdown with Colorado at home is too good to pass up. I’ll take my chances on Colorado and the points here.