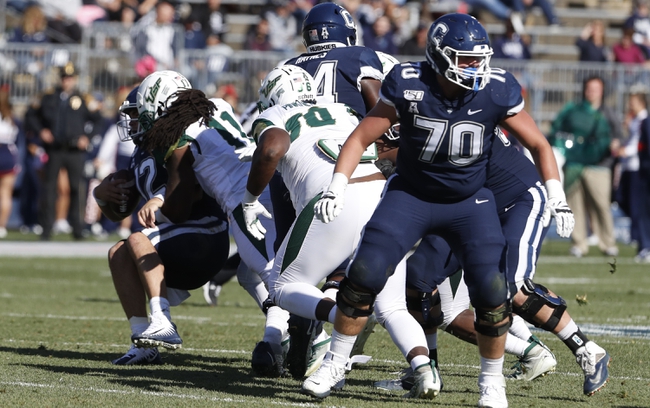 The Houston Cougars are set to visit Pratt & Whitney Stadium in East Hartford, Connecticut for an AAC clash against the UConn Huskies. The Houston Cougars come into this matchup with a 2-4 record, and they will be looking to rebound after dropping their recent home game against the Cincinnati Bearcats, 38-23. QB Clayton Tune struggled to get much offense going through the air as he connected on 9 of his 27 pass attempts for 184 yards, 2 TDs, and 3 interceptions. RB Kyle Porter had a solid game on the ground for Houston as he compiled 107 yards on 16 carries.

The Houston Cougars struggled on the defensive side of the ball against the Cincinnati Bearcats as they allowed them to score 38 points and rack up a total of 394 yards of offense. Junior safety Deontay Anderson led the way for the Houston defense with 9 tackles and 1.5 TFL. The secondary had a productive game for the Cougars as Damarion Williams hauled in an interception while Garrison Vaugh contributed 2 pass deflections.

The UConn Huskies come into this matchup with a 1-5 record, and they will be looking to rebound after dropping their recent road game against the Tulane Green Wave, 49-7. QB Mike Beaudry struggled to get much going through the air for the Huskies as he connected on 15 of his 24 pass attempts for 101 yards and 1 interception. RB Kevin Mensah was bottled up on the ground by the Tulane defense as he ran for 41 yards on 15 carries.

The UConn Huskies struggled on the defensive side of the ball against the Tulane Green Wave as they allowed them to score 49 points and rack up a total of 634 yards of offense. Freshman LB Jackson Mitchell led the way for the UConn defense with 8 tackles. Junior DB Tyler Coyle had a productive game from the secondary for the Huskies as he contributed 7 tackles and 2 pass deflection while Junior DB Diamond Harrell pitched in 5 tackles and a pass deflection.

It is extremely hard to back any number with the UConn Huskies as they currently rank 123rd in points scored and 127th in points allowed. The Houston Cougars have had an adjustment under center with QB Clayton Tune, but this is the type of game where the young QB gains a sense of confidence. The Huskies are allowing an average of 453.2 yards of offense per game, and I question if they have anyone to cover Cougars WR Marquez Stevenson as the speedster has 418 receiving yards and 4 TDs thus far. Houston isn’t anything special on the defensive side of the ball, but the UConn QBs have thrown 5 TDs to 7 interceptions which is why I will side with the Cougs.