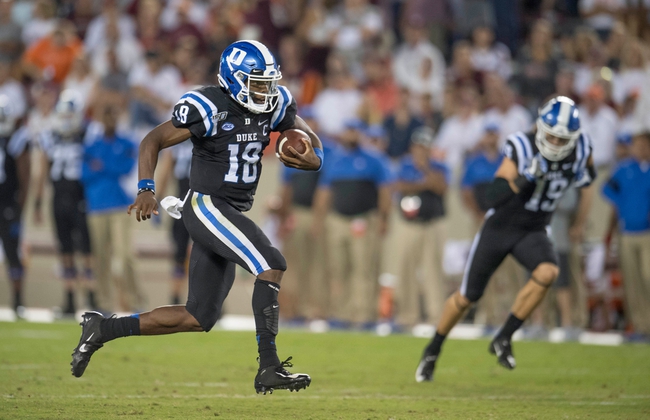 Pitt showed what it was capable of by almost upsetting Penn State before knocking off then No. 13 UCF, but then last week narrowly escaped upset itself against Delaware. The Panthers will be hoping the hangover is passed when they play at Duke Saturday. Duke is 4-1 and has won three games handily after being blown out by Alabama in the opener.

Pitt was without several starters against Delaware, including quarterback Kenny Pickett. Pickett's status for the game against Duke is not certain. He has passed for 1102 yards, three touchdowns, and two interceptions. NickPatti has thrown for 287 yards, three touchdowns, and one interception and went the whole way against Deleware. AJ Davis has rushed for 184 yards and two scores. Taysir Mack has 426 yards receiving and Maurice French has 342.

Pitt has won the last four games between these two teams, and five of the last six since the rivalry was resumed. Duke leads the all-time series 14-9. Duke has not beaten Pitt in North Carolina since 1959.

The Blue Devils have an offense that has been very difficult to stop the past few games. The Blue Devils also have a team that has managed to make some great stops defensively. Not to mention Pitt is still unsure if Pickett will be playing in this game or not as he did not show up in the last game and that is a big chunk of the offense as Pitt struggles to score. Final Score Prediction, Duke Blue Devils win and cover 42-24.