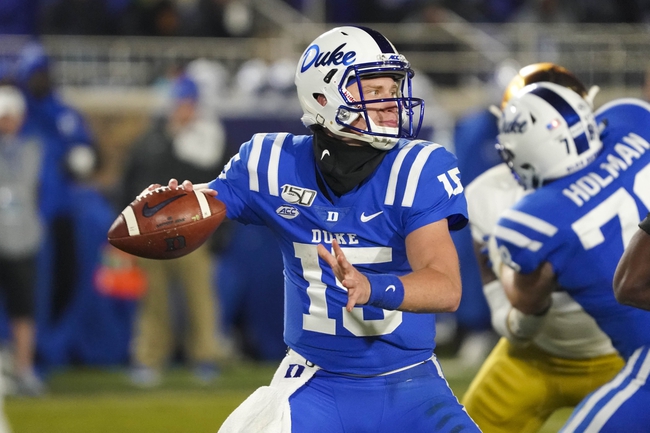 The Syracuse Orange (3 - 6, 0 - 5 CONF) are on the road this week as they do battle with the hometown Duke Blue Devils (4 - 5, 2 - 3 CONF). Duke will be hosting t his game at the Wallace Wade Stadium in Durham, NC. Syracuse will be coming into this game after having dropped four straight games. Duke will be taking the field just a week removed from an embarrassing outing against #15 Notre Dame. Duke is favored in this game but we expect a close contest for at least the first half.

The Syracuse Orange are hitting the gridiron with a team scoring 24 PPG on offense. Syracuse has shown themselves to be incapable of putting up big points, so the Orange will have to try to control the pace of this game. Syracuse is giving up 31 PPG to opposing teams on defense which allows for a very thin margin of error. Syracuse will look to QB Tommy DeVito (2,075 yards,15 TD, 5 INT) to lead the way.

The Duke Blue Devils come into this matchup scoring 27 PPG on offense while surrendering 27 PPG to opposing teams on defense. Duke is led on offense by the play of QB Quentin Harris (1,602 yards, 14 TD, 8 INT). Harris can put this game away early if he can limit turnovers while finding his star wideout, Jalon Calhoun (40 catches, 305 yards, 3 TDs). Duke should control this game from start to finish if they limit mistakes.