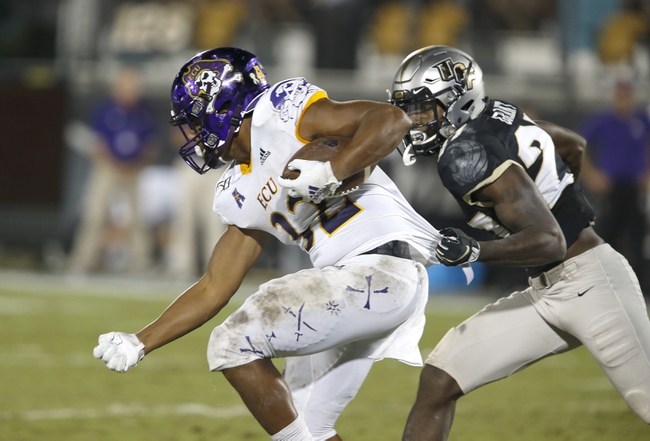 The Cincinnati Bearcats are set to visit Dowdy-Ficklen Stadium in Greenville, North Carolina for an AAC clash against the East Carolina Pirates. The Cincinnati Bearcats come into this matchup with a 6-1 record, and they will be looking to continue their success after winning their recent home game against the Tulsa Golden Hurricane, 24-13. QB Desmond Ritter had an efficient game through the air as he connected on 12 of his 22 pass attempts for 172 yards and a TD. RB Gerrid Doaks had a productive game on the ground as he ran for 91 yards and 2 TDs on 17 carries.

The Cincinnati Bearcats were solid on the defensive side of the ball against the Tulsa Golden Hurricanes as they held them to 13 points while forcing 5 turnovers. Senior LB Perry Young led the way for the Cincinnati defense with 13 tackles. Junior DT Marcus Brown had a productive game against Tulsa as he racked up 5 tackles, 2 TFL, and 2 sacks while forcing a fumble. Junior safety Darrick Forrest and sophomore safety Ja’Von Hicks contributed interceptions for the unit.

The East Carolina Pirates come into this matchup with a 3-5 record, and they will be looking to rebound after dropping their recent home game against the South Florida Bulls, 45-20. QB Holton Ahlers struggled to get much offense generated through the air as he threw for 217 yards and 1 interception. Freshman WR C.J. Johnson was the top target for Ahlers and the Pirates as he hauled in 5 catches for 85 yards.

The East Carolina Pirates struggled on the defensive side of the ball as they allowed the South Florida Bulls to score 45 points and rack up a total of 525 yards of offense. Junior DB Davondre Robinson and sophomore LB Xavier Smith led the way for the East Carolina defense with 7 tackles each. Senior DL Alex Turner had a productive game for the Pirates as he racked up 7 tackles and 3.5 TFL while forcing a fumble.

The Cincinnati Bearcats lone loss of the season has come against arguably the best team in the nation (Ohio State), but aside from that, they have been one of the best teams in the AAC. The Bearcats are coming into this game fresh off a bye week while the East Carolina Pirates were destroyed against a below-average South Florida team. East Carolina has struggled to put points on the scoreboard this season as they rank 113th in the nation, and that won’t bode well against Cincinnati as they rank 24th in points allowed. Cincinnati has a very effective ground attack, but their QB Desmond Ridder has taken care of the ball (14 TDs to 5 INTs) which tells me they will keep it away from the Pirates and win big.