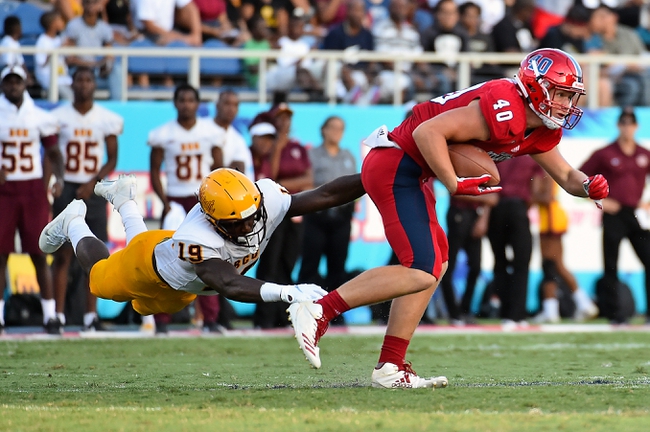 The Florida International Panthers were solid on the defensive side of the ball against the Old Dominion Monarchs as they held them to 17 points and a total of 233 yards of offense. Junior DB Rishard Dames led the way for the Florida International defense with 5 tackles and 2 TFL. Senior DL Teair Tart was able to get into the Monarchs backfield a handful of times as he pitched in 3 TFL while forcing a fumble. Senior DB Olin Cushion III hauled in the lone interception of the game for the Panthers.

The Florida Atlantic Owls come into this matchup with a 6-3 record, and they will be looking to continue their success after winning their recent road game against the Western Kentucky Hilltoppers, 35-24. QB Chris Robinson had a big game through the air for Florida Atlantic as he connected on 18 of his 29 pass attempts for 208 yards and 2 TDs. TE Harrison Bryant was the top target for Robinson and the Owls as he hauled in 6 catches for 74 yards.

The Florida Atlantic Owls struggled on the defensive side of the ball against the Western Kentucky Hilltoppers as they allowed them to score 24 points and rack up a total of 444 yards of offense. Junior LB Akileis Leroy led the way for the Florida Atlantic defense with 12 tackles, 2 TFL, and 2 sacks while also forcing a fumble. Junior safety Zyon Gilbert had a productive game from the secondary as he pitched in 7 tackles and 2 pass deflections while also hauling in an interception.