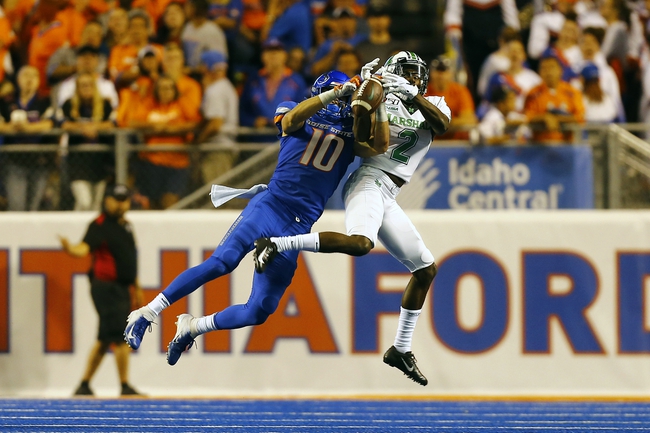 On Friday, the Marshall Thundering Herd visits FAU Football Stadium in Boca Raton, Florida to play the Florida Atlantic Owls. Marshall improved to 3-3 on the season and 1-1 in Conference-USA play with a 31-17 victory over Old Dominion. Quarterback Isaiah Green accounted for a pair of touchdowns in the first half while Brendan Knox added a touchdown last in the game to help Marshall to the win.

Isaiah Green leads Marshall with 1,171 yards passing, eight touchdowns and five interceptions. Brendan Knox is the leading rusher with 499 yards and five touchdowns, while Armani Levias leads all receivers with 199 yards and one touchdown, and Broc Thompson has 198 yards. The leading tackler for Marshall is Tavante Beckett with 60.

Florida Atlantic is 4-2 on the season and 2-0 in C-USA play following its 28-13 victory over Middle Tennessee last Saturday. Malcolm Davidson rushed for 148 yards and one touchdown as the Owls used a strong third and fourth quarter to pull away from the Blue Raiders for the 15-point victory.

Chris Robison leads the FAU Owls in passing with 1,557 yards, 13 touchdowns and two interceptions. The leading rusher for the Owls is Malcolm Davidson with 295 yards and three touchdowns, while Larry McCammon III has 249 yards and five touchdowns. Harrison Bryant leads all FAU receivers with 413 yards. Rashad Smith leads the Owls in tackles with 42.