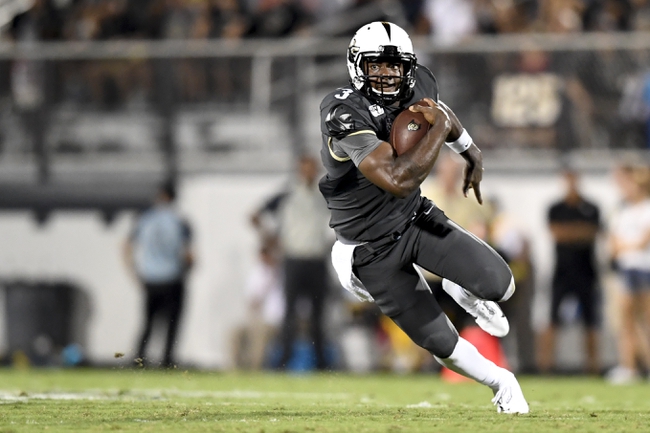 The UCF Knights and the Florida Atlantic Owls meet in a Sunshine State showdown in week 2 college football action from FAU Stadium on Saturday evening.

Both sides are more than capable of holding their own offensively, so the over may be worth a look once the total comes out, even though it’s probably going to be a high one. With that said, FAU impressed some by putting up 21 points against Ohio State, but I’m still worried that FAU won’t be able to keep up with UCF shot for shot. The Knights took it to Florida A&M and that was probably with the Knights playing at about 50%. You also have to wonder if this whole situation with Hurricane Dorian is going to throw FAU’s practice schedule out of whack as the team may have to relocate their practice or not practice at all if the weather gets really bad. Either way, I still like UCF by a couple of touchdowns in this one, so I’ll lay the points with the Knights on the road here.