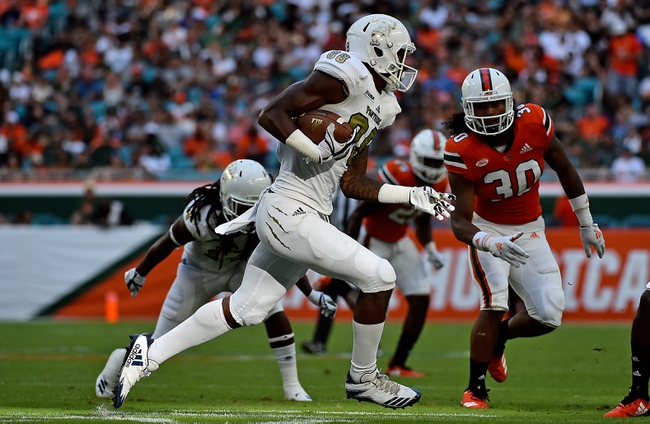 On Saturday, the Charlotte 49ers visit FIU Stadium in Miami, Florida to play the Florida International Panthers. The 49ers had a bye this past week and fell to 2-3 on the season the previous week following a 45-27 loss to FAU. Chris Reynolds threw for 208 yards and three touchdowns but threw two of the three interceptions in the game for the 49ers.

Chris Reynolds leads Charlotte in passing with 838 yards, 10 touchdowns and five interceptions. Benny LeMay is the leading rusher with 478 yards rushing and four touchdowns. Cameron Dollar leads all receivers with 256 yards and two touchdowns. The leading tackler for the 49ers is Marquavis Gibbs with 40.

FIU improved to 2-3 on the season following its 44-0 rout on Saturday of Massachusetts. The Panthers were led by James Morgan who threw for 263 yards and a pair of touchdowns. Anthony Jones led FIU in rushing with 115 yards and one touchdown in the non-conference clash. FIU is 0-2 in Conference-USA play.

James Morgan leads FIU with 890 yards passing, five touchdowns and two interceptions. The leading rusher for the Golden Panthers is Anthony Jones with 292 yards and three touchdowns. Austin Maloney leads all receivers with 254 yards and one touchdown. Jamal Gates is the leading tackler for FIU with 37.

The OVER has cashed in each of the 49ers last 5