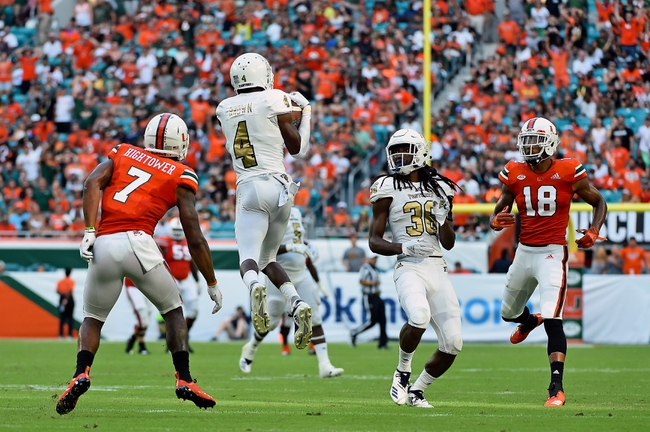 The Monarchs who were run out of their own stadium, were out gained 430 to 204.  The Monarchs were 5 of 18 on third down in the loss.  The projected quarterback for this game is Messiah deWeaver.  deWeaver is 29/67 on the season for 316 yds and a TD/INT ratio of 1/2.  The Monarchs have 10 rushing touchdowns and are averaging 2.4 yds per carry thus far. The Monarchs do have forced 14 turnovers on defense.

In the upset loss at Middle Tennessee, the Panthers were led by quarterback James Morgan.  Morgan completed 16 of 32 passes for 208 yds, while throwing 2 touchdowns.  Anthony Jones led the FIU backfield with 87 yds rushing on 21 carries. The Panthers were out gained 496 to 319 in the game.  The decisive factor in this game was the turnover margin.  The Panthers coughed up the ball 4 times and forced zero turnovers on defense.

Old Dominion is 3-1 ATS this season as the away team.

Old Dominion is 3-5 ATS on the season.

The under is 6-2 in Old Dominion games this season.

FIU is 2-3 ATS as the home team this season.

The Monarchs have been terrible on offense this season, averaging 13 points per game, which ranks 126th in the country.  On the defensive side of the ball, the Monarchs have been decent. Neither defense gets to the opposing quarterback all that often, with FIU being ranked 109th in sack percentage and Old Dominion being ranked 114th in sack percentage.  The one note here is, the FIU offensive line ranks 6th in the nation in allowing the fewest sack percentage rate.  Look for FIU's quarterback James Morgan to have all day to make a decision.  In the end, this is the tale of two teams, one that has played solid as of late and the other that has lost 7 in a row.  Final score prediction, FIU will win and cover 30-13.