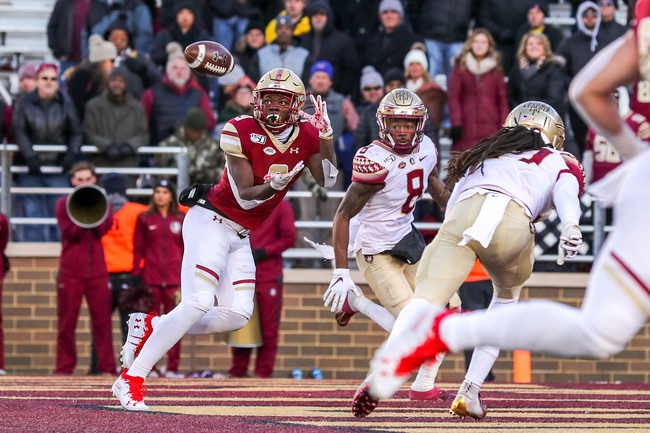 The Alabama State Hornets visit Doak Campbell Stadium in Tallahassee, Florida on Saturday to play the Florida State Seminoles. The Hornets improved to 5-4 on the season following a 27-21 victory over Texas Southern. KHA’Darris Davis led the Hornets with three touchdown passes during the first half and the Hornets hung on for the win. Alabama State improved to 4-2 in SWAC play.

Florida State improved to 5-5 following its 38-31 victory on Saturday over Boston College. D.J. Matthews caught a 60-yard touchdown pass with only 1:48 remaining to give the Seminoles the lead and FSU kept Boston College from driving down the field for a tying touchdown. James Blackman passed for 346 yards and two touchdowns, while Tamorrion Terry caught seven passes for 156 yards and one touchdown.

The UNDER has cashed in 4 of the Hornets last 5

The UNDER has cashed in 6 of the Seminoles last 7

Florida State is far superior on both side of the ball than Alabama State. The Seminoles strength of schedule far outweighs that of the Hornets. Cam Akers is NFL material at running back for FSU and has gained 1042 yards and scored 13 rushing touchdowns. The Seminoles will easily win this at home and cover the nut. Final Score Prediction, Florida State Seminoles win and cover ATS 49-3