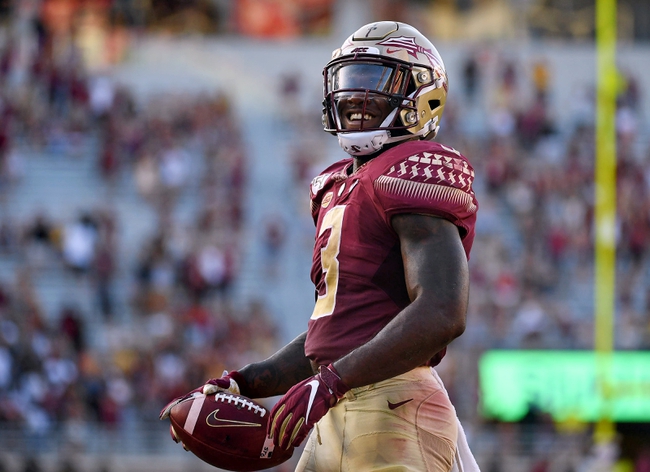 The NC State Wolfpack and the Florida State Seminoles will match up in college football activity on Saturday.

NC State comes in here at 3-1 on the year. The Wolfpack lost to West Virginia Week 3 but otherwise have taken out East Carolina, WCU and Ball State this year.

In the win over Ball State, NC State QB Matthew McKay put up 175 yards and a pick, but scored twice on the ground. Thayer Thomas was the lead receiver there with 51 yards.

Over on the Florida State side, they’re 2-2 this year. The Seminoles have fallen to Boise State and Virginia but beaten LA-Monroe (OT) and Louisville.

In the win over Louisville, Florida State QB Alex Hornibrook had 255 yards and two touchdowns, while Cam Akers had 112 yards rushing with three scores. Keyshawn Hilton added 96 yards and a TD on seven catches.

NC State had a 20-7 lead on the Cardinals at the break of their win, and though they gave up 16 points in the second half, the game proved a solid showing for the Wolfpack.

As for Florida State, they’re coughing up a lot of points this year despite being able to score well themselves. I’m going to go with NC State here in what should be a fun game.