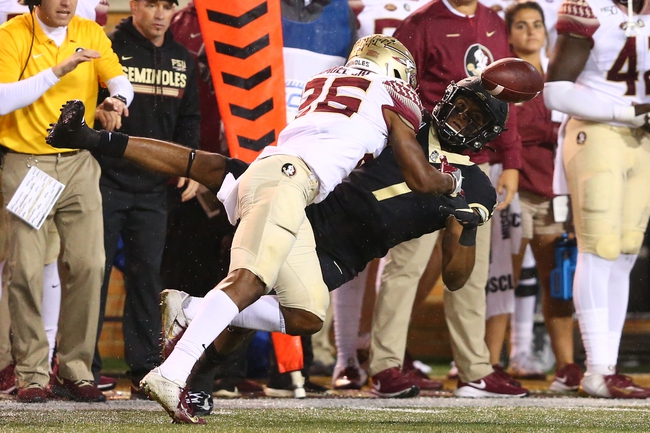 The Syracuse Orange visit Doak Campbell Stadium in Tallahassee, Florida on Saturday for an ACC showdown with the Florida State Seminoles. The Orange fell to 3-4 on the season after falling to the Pittsburgh Panthers on Friday night 27-20. Syracuse quarterback Clayton Welch threw a touchdown pass to Aaron Hackett with 2:44 remaining to pull the Orange with 7 points, but Syracuse would not come any closer.

Florida State is 3-4 on the season following its 22-20 loss to Wake Forest. James Blackmon threw a touchdown pass in the early part of the fourth quarter to put the Seminoles ahead 20-19. The Seminoles had two chances to score after falling behind 22-20 on a Wake field goal, but could not score. FSU kicker Ricky Aguayo missed a 50-yard field goal attempt left with just over two minutes remaining.

James Blackman has thrown for 1,316 yards and 11 touchdowns and five interceptions to lead Florida State. The leading rusher for the Seminoles is Cam Akers with 773 yards and eight touchdowns, while Tamorrion Terry leads all receivers with 522 yards and six touchdowns. Hamsah Nasirideen leads the Seminoles in tackles with 41.

The UNDER has cashed in 4 of the Seminoles last 5

Florida State has failed to cover 9 of its last 12 overall and has lost 8 of the same 12 straight up. Syracuse lost starting quarterback Tommy DeVito versus Pittsburgh, but his replacement Clayton Welch led the Orange to two touchdowns in the loss to Pitt and will see plenty of action Saturday even if DeVito is able to start. Take the road dog in this one. Final Score Prediction, Syracuse Orange win and cover ATS 27-24