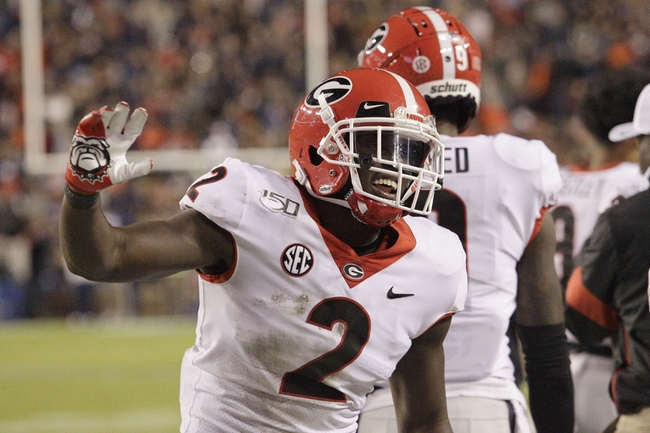 Georgia is battling for the fourth spot in the national playoffs, and host a good Texas A&M team this weekend.  Georgia is coming off a big win over Auburn. Texas A&M is coming off a trouncing of South Carolina, the only team to beat Georgia so far. Georgia has won four straight since its loss and two of those were shutouts. For the season Georgia is 3-0 against top-12 teams.

The Aggies are 7-3 and all three of their losses were to teams in the top-10 when the game was played. The Aggies could play a spoiler role if things fall their way. They play at LSU the following week. The Aggies will have faced five top-10 teams by the end of the regular season.

Both teams are giving up around 200 yards per game passing. Georgia is holding opponents to 75 yards rushing, while A&M is giving up 132 on the ground.

Georgia has won the last two games between these teams by big margins. The Bulldogs trail 3-2 in the all-time series.