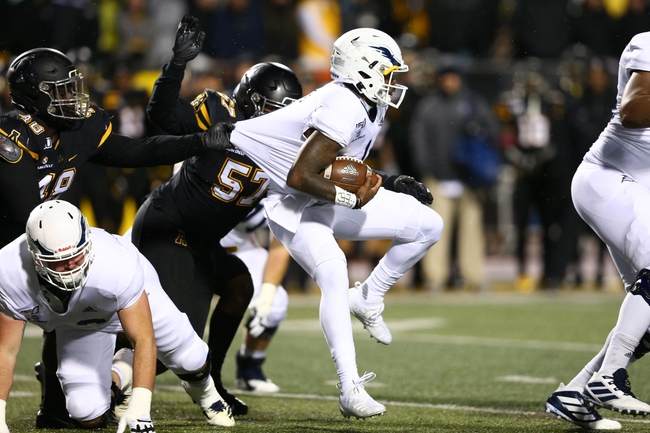 The Georgia Southern Eagles visit Veteran Memorial Stadium in Troy, Alabama on Saturday to play the Troy Trojans. Georgia Southern improved to 5-3 with a stunning 24-21 upset win over No. 20 ranked Appalachian State on Thursday. Wesley Kennedy rushed for a team-high 145 yards and a pair of touchdowns for the Eagles. The Eagles were 3-1 in Sun Belt Conference play.

Troy fell to 3-5 on the season following its 36-35 loss to the Coastal Carolina Chanticleers. The Trojans led by seven points late in the game, but Coastal Carolina score a touchdown and opted to go for a two-point conversion to win and succeeded. Kaleb Barker passed for 385 yards and Kaylon Geiger caught 12 passes for 145 yards.

Georgia Southern is coming off a big upset over Appalachian State and can overtake the Mountaineers in the Sun Belt standing with a win over Troy. The Eagles have covered the number in each of the last 5 on turf and 9 of the last 13 following a win straight up. Troy on the other hand has failed to cover the number in 4 of its last 5 overall. Final Score Prediction, Georgia Southern Eagles win and cover ATS 31-23