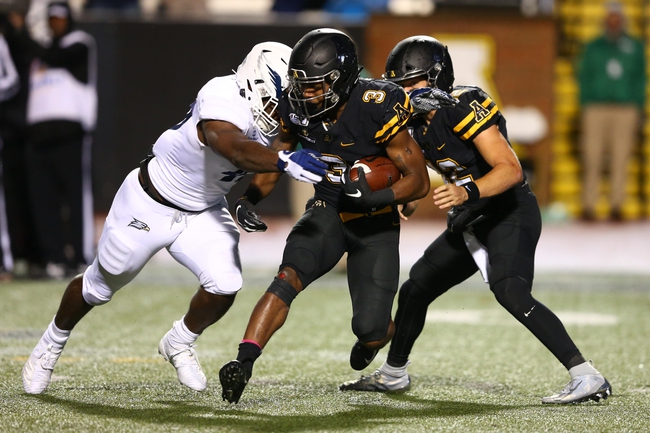 On Saturday, the Appalachian State Mountaineers visit Georgia State Stadium in Atlanta, Georgia to play the Georgia State Panthers. The Mountaineers improved to 8-1 on the season following a 20-15 victory over South Carolina. Zac Thomas rushed for one touchdown while Nicholas Ross had a pick-six for 20 yards and Appalachian State won its second game against a Power Five team this season.

Zac Thomas leads Appalachian State with 1,671 yards passing, 14 touchdowns and four interceptions. Darryton Evans leads the Mountaineers with 883 yards rushing and 10 touchdowns. Thomas Hennigan is the leading receiver with 453 yards and four touchdowns. The leading tackler is Akeem Davis-Gaither with 71.

Georgia State fell to 6-3 on the season following its 45-31 loss to UL Monroe on Saturday. The Panthers were led offensively by Tre Barnett who rushed for 190 yards on 32 carries and Destin Coates who gained 119 yards on nine carries. Barnett has rushed for 432 yards over the last two games.

Appalachian State has a strong squad on both sides of the ball and has defeated a Power Five program twice this season including its most recent win over South Carolina. The Mountaineers have covered the number in 4 of the last 5 head-to-head with Georgia State and 10 of their last 12 on the road. Final Score Prediction, Appalachian State Mountaineers win and cover ATS 37-20