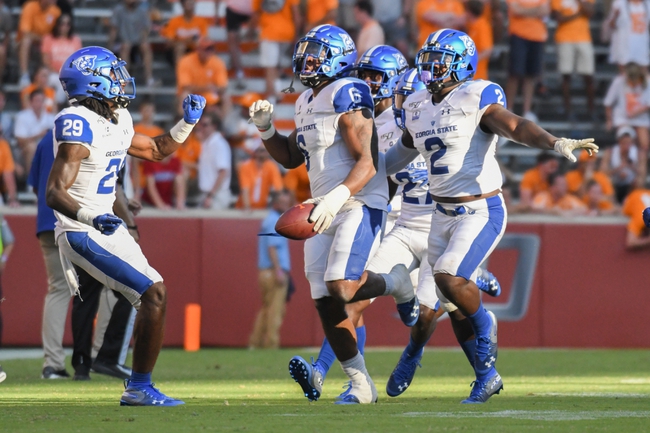 The Black Knights really have to get back to their winning way on the year. The team that had been playing so well early on in the year has ended up dropping the last 2 games they have played and they have not really looked like they are a team that is in sync on the offensive side of the ball and that will definitely make it harder for the Black Knights to win.

Georgia State is coming into the game with 2 straight wins. The last win for the Panthers was a 10 point victory over the Coastal Carolina squad and the week before that the team won over the Red Wolves by 14. All of that stems from the triple overtime loss the Panthers suffered 3 weeks ago and that helped them in getting the team back on track compared to what they had been doing.

Georgia State is giving up 200 yards a game on the ground and now has to face a very good rushing team in Army. Look for that to really make the difference in this game as the Black Knights are able to easily control the game here with their rushing attack and that allows them to lock down the win in the game. Final Score Prediction, Army Black Knights win and cover 27-20.