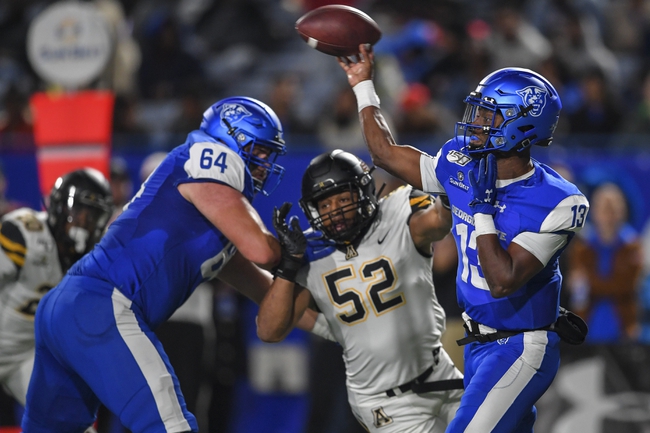 The South Alabama Jaguars visit Georgia State Stadium in Atlanta, Georgia on Saturday to play the Georgia State Panthers. The Jaguars fell to 1-9 on the season following a 37-27 loss to the Louisiana Ragin’ Cajuns. South Alabama’s Tra Minter rushed for 137 yards, while Carlos Davis had 122 yards on the ground. Both Minter and Davis each had touchdowns.

Georgia State lost to Appalachian State on Saturday 56-27 and fell to 6-4 overall. The Panthers scored one touchdown on a pick-six by Chris Bacon to take a lead of 21-7, but after Bacon’s pick-six in the first quarter, the Panthers gave up 49 unanswered points to the Mountaineers before scoring again. Destin Coates rushed for 97 yards for Georgia State in the loss.

Dan Ellington leads Georgia State in passing with 1,901 yards, 19 touchdowns and six interceptions. Tra Barnett is the leading rusher with 1,208 yards and 10 touchdowns. Cornelius McCoy leads the Panthers in receiving with 537 yards and four touchdowns. Trajan Stephens-McQueen is the leading tackler with 85.

The OVER has cashed in 4 of the Panthers last 5