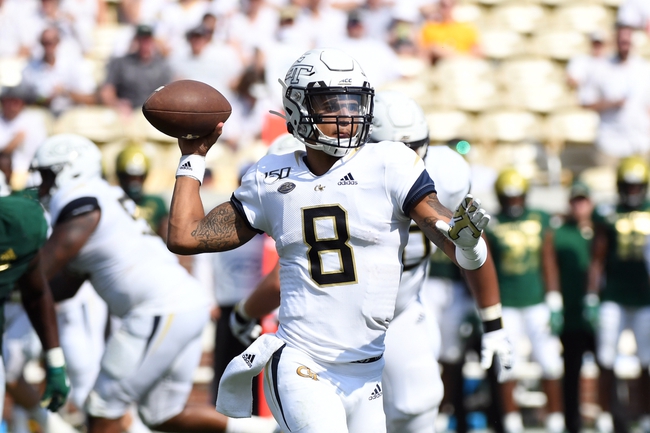 The Citadel at Georgia Tech

The Citadel Bulldogs and the Georgia Tech Yellow Jackets will meet up on the college football circuit Saturday.

In the Elon game, Citadel QB Brandon Rainey had 69 yards with one TD and one pick, and also 41 yards and three scored on the ground. Ryan McCarthy led the Bulldogs receivers with 37 yards one one catch.

Over on the Georgia Tech side, they fell to Clemson 52-14 in a tough Week 1 draw but were able to get their first win 14-10 against South Florida in Week 2.

Georgia Tech QB Lucas Johnson had 45 yards and a pick in the win over USF, and Jordan Mason led the team with 99 yards and a TD on the ground. Ahmarean Brown added 26 yards from two catches.

The Citadel had a few solid offensive performances in Week 2, but realistically there’s not a whole lot to get excited about. They’re not really built to play from behind.

As for Georgia Tech they probably should have looked better against USF but hey, it was a win. I’m going with the Jackets to eke one out here but realistically staying away.