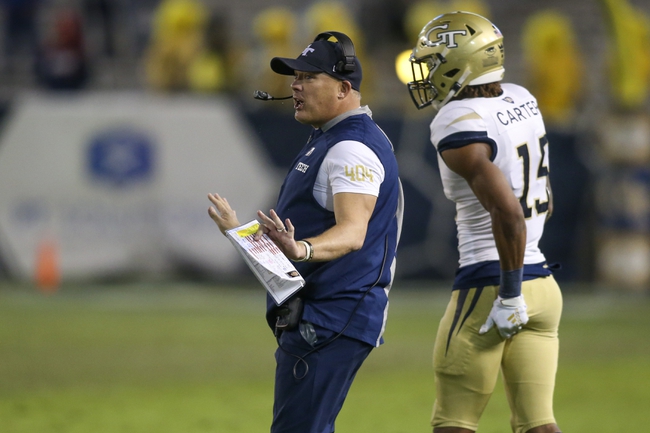 The North Carolina State Wolfpack head to Georgia on Thursday for a game against the Georgia Tech Yellow Jackets in a battle of two teams in the ACC.  In their last game, NC State was beaten by the Louisville Cardinals by the score of 34-20.  Wolfpack quarterback Devin Leary completed 24 of 44 passes for 243 yards and 2 touchdowns against 1 interception.  Zonovan Knight was NC State’s leading rusher as he carried the ball 12 times for 61 yards in the game.  NC State’s leading receiver was Emeka Emezie who caught 8 passes for 90 yards and a touchdown against the Cardinals.  The Wolfpack defense allowed 326 yards to Louisville, including 249 through the air.

With the loss, NC State is now 4-6 on the season and 1-5 in conference play which places them in 6th place in the ACC-Atlantic Division. Devin Leary took over as the starter for NC State on October 19th and has thrown for 894 yards and 6 touchdowns against 3 interceptions.  The lead rusher for NC State is Zonovan Knight who has carried the ball 106 times for 589 yards and 4 touchdowns on the season.  The lead receiver for the Wolfpack is Emeka Emezie who has caught 51 passes for 521 yards and 2 touchdowns on the year.

The Georgia Tech Yellow Jackets welcome the NC State Wolfpack into town after being shut out by Virginia Tech in their last game by the score of 45-0.  Georgia Tech quarterback James Graham completed 7 of 14 passes for 43 yards while throwing 2 interceptions.  The lead rusher for Georgia Tech was Christian Mallow who rushed 4 times for 21 yards.  Adonicas Sanders led the Yellow Jackets in receiving as he caught 2 passes for 22 yards in the game.  The Georgia Tech defense didn’t play much better than their offense as they allowed 461 yards against Virginia Tech, including 238 on the ground.