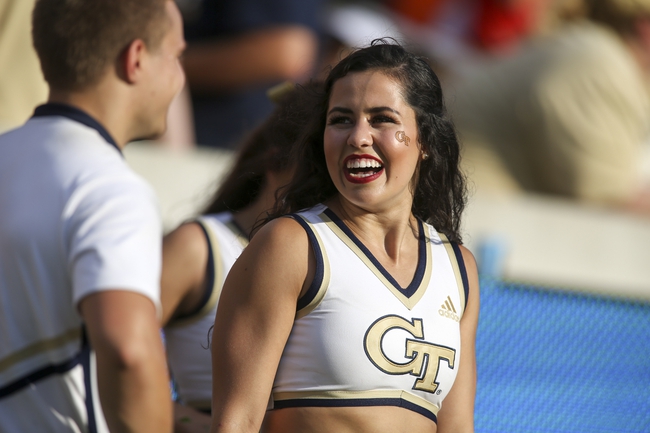 The South Florida Bulls and the Georgia Tech Yellow Jackets will match up in college football action on Saturday.

South Florida opened up with a blowout loss at the hands of the Wisconsin Badgers in Week 1. The Bulls were down 28-0 at halftime in that one and ended up falling 49-0 against a tough opponent.

Blake Barnett was 13-of-30 passing for South Florida in the opening game with 109 yards and two picks. Jordan Cronkrite was the top receiver for the Bulls on 23 yards from three catches.

Over on the Georgia Tech side, they got a tough draw in their opener as well, falling 52-14 to the Clemson Tigers. The Jackets were down 28-0 at halftime in that one.

James Graham was the leading passer for the Yellow Jackets in the opener with 72 yards and a TD. Jordan Mason topped the GT rushers on 72 yards and a score, and Jerry Howard added 57 yards from two receptions.

Well, there wasn’t much doubt that the Bulls would have trouble and thus lose big against the Badgers, but even so it’s difficult to find anything positive about the blowout loss. The Jackets will be a little closer to the Bulls’ level here, but there’s still plenty of work to do.

The scoreboard should read quite a bit differently in this game, but I still think Georgia Tech has enough talent to cover if they can control the game from the start.