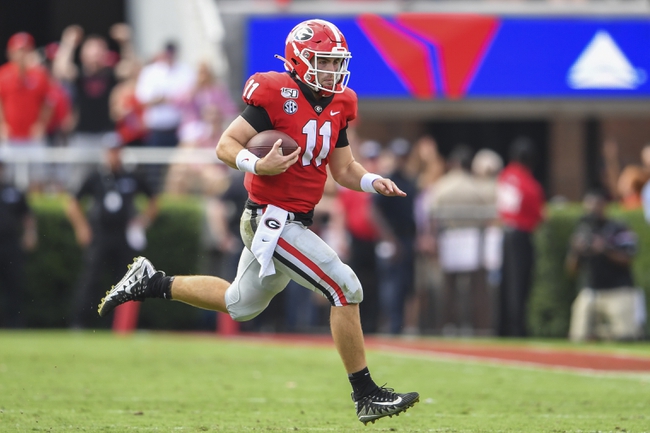 The Kentucky Wildcats are set to visit Sanford Stadium in Athens, Georgia for an SEC clash against the Georgia Bulldogs. The Kentucky Wildcats come into this matchup with a 3-3 record, and they will be looking to continue their success after winning their recent home game against the Arkansas Razorbacks, 24-20. WR Lynn Bowden Jr. was the primary QB due to injuries, and he had a solid game as he threw for 78 yards and a TD while adding in 196 rushing yards and 2 TDs. RB Asim Rose had a productive game in the ground as he threw for 90 yards on 16 carries.

The Kentucky Wildcats were solid on the defensive side of the ball as they held the Arkansas Razorbacks to 20 points and a total of 305 yards of offense. Sophomore safety Yusuf Corker led the way for the Kentucky defense as he contributed 9 tackles and 1 pass deflection. LB Kash Daniel was able to get into the Arkansas backfield a handful of times as he pitched in 5 tackles and 2 TFL. The secondary had a productive game for the Wildcats as Brandin Echols and Calvin Taylor Jr. combined for 4 pass deflections.

The Georgia Bulldogs come into this matchup with a 5-1 record, and they will be looking to rebound after dropping their recent home game against the South Carolina Gamecocks, 20-17 in 2OT. QB Jake Fromm struggled to get much offense generated through the air for the Bulldogs as he connected on 28 of his 51 pass attempts for 295 yards, 1 TD, and 3 interceptions. RB D’Andre Swift had a big game on the ground as he contributed 113 yards and a TD on 23 carries.

The Georgia Bulldogs were solid on the defensive side of the ball against the South Carolina Gamecocks as they held them to 17 points and a total of 297 yards of offense. Junior LB Monty Rice led the way for the Georgia defense as he contributed 12 tackles and 1 pass deflection. Senior DB J.R. Reed had a productive game from the secondary as he pitched in 9 tackles and half a TFL. The Georgia Bulldogs were unable to force a turnover which will need to change moving forward.

The Georgia Bulldogs will come into this game ready to play after their playoff chances took a hit after a loss against the South Carolina Gamecocks, and they have the perfect opponent for that. The Kentucky Wildcats played without a QB last weekend, and it is a real possibility that we see that again as Sawyer Smith is questionable. QB Jake Fromm is widely considered one of the top QBs in the nation, but he was rattled last week with 3 interceptions which is a rare sight and I think he will improve against a defense who has been vulnerable at times. Expect the Georgia Bulldogs to remain focused here and blowout the Wildcats at home.