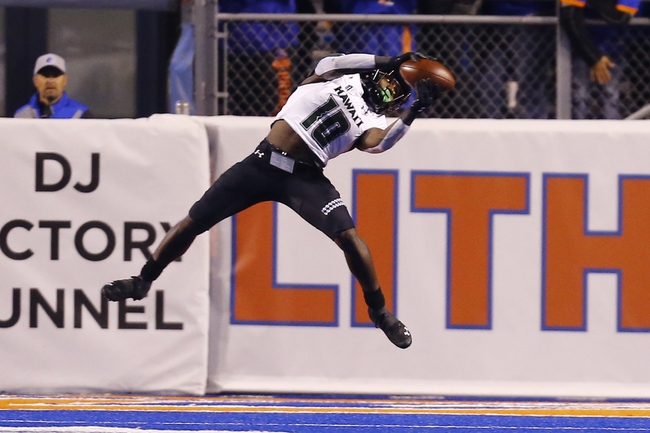 The Air Force Falcons are set to visit Aloha Stadium in Honolulu, Hawaii for a Mountain West clash against the Hawaii Rainbow Warriors. The Air Force Falcons come into this matchup with a 4-2 record, and they will be looking to continue their success after winning their recent home game against the Fresno State Bulldogs, 43-24. QB Donald Hammond III only completed 2 passes for 81 yards and a TD, but he was efficient on the ground as he recorded 2 rushing TDs. RB Timothy Jackson was the leading rusher for the Falcons as he ran for 117 yards and a TD on 20 carries.

The Air Force Falcons were solid on the defensive side of the ball against the Fresno State Bulldogs as they held them to 24 points and a total of 268 yards of offense. Senior LB Kyle Johnson led the way for the Air Force defense with 6 tackles, 1 TFL, and 1 sack while also returning an interception for a TD. Junior LB Demonte Meeks was able to have a productive game from the middle of the defense as he contributed 6 tackles and 1 TFL.

The Hawaii Rainbow Warriors come into this matchup with a 4-2 record, and they will be looking to rebound after dropping their recent road game against the Boise State Broncos, 59-37. QB Cole McDonald has a big game through the air for the Falcons as he threw for 251 yards and 3 TDs while also adding in a rushing TD. WR Melquise Stovall was the top target for McDonald and Hawaii as he hauled in 8 catches for 114 yards and 2 TDs.

The Hawaii Rainbow Warriors struggled on the defensive side of the ball against the Boise State Broncos as they allowed them to score 59 points and rack up a total of 518 yards of offense. Senior DL Kaimana Padello led the way for the Hawaii defense with 7 tackles and 1 TFL. Senior LB Kana’i Picanco had a productive game for the defensive unit as he contributed 6 tackles and 1 pass deflection while also forcing a fumble.

The Hawaii Rainbow Warriors have been very good on the offensive side of the ball this season as they average 37 PPG, and Air Force doesn’t have the offensive firepower to get involved in a shootout here. The Rainbow Warriors have QB Cole McDonald who has been a stat machine thus far with 20 TD passes, but a major reason for his success is his WR group as he has 4 WRs over 300 yards this season. The Air Force Falcons are a predominantly ground attack team, but if they go down early, they will be forced to air the ball out which I don’t think is ideal for a triple-option offense. Hawaii is a tough place for teams to travel to due to the lengthy travel and time difference, and it will prove pivotal here.