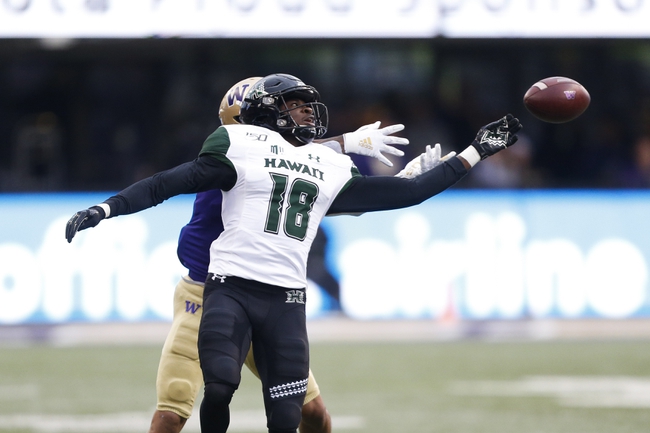 The Central Arkansas Bears and the Hawaii Rainbow Warriors will meet up on the college football circuit late Saturday evening.

The Bears come in here at 3-0 overall on the year. After taking out Western Kentucky and Austin Peay in the first two games, Central Arkansas eked one out 31-30 versus ACU this past weekend.

In the win over Abeline Chrisitian, Central AR QB Breylin Smith put up 367 yards, two TDs and a pick, while Kierre Crossley had 42 yards rushing. Lujuan Winningham notched 119 yards and a TD on six grabs as well.

Over on the Hawaii side, they’re 2-1 this year. The Warriors opened up with wins over Arizona and Oregon State, then took a loss against a tough Washington team their last time out.

In the defeat, Hawaii QB Cole McDonald logged 218 yards with one TD and three picks, and Miles Reed had 70 yards and two touchdowns rushing. Cedric Bird led the receivers with 72 yards and a TD from six grabs.

The Bears look pretty solid thus far, despite the close call in their last game. Central Arkansas has scored at least 24 points in each of their first three games. It’s early—but that’s a good sign.

Going up against what’s been a permissive Hawaii defense thus far, I like Central Arkansas to manage a cover here.

The pick in this article is the opinion of the writer, not a Sports Chat Place site consensus.
Previous Pick
Edmonton Eskimos vs. Hamilton Tiger-Cats CFL Pick, Odds, Prediction - 9/20/19
Next Pick
Army vs. Morgan State - 9/21/19 College Football Pick, Odds, and Prediction