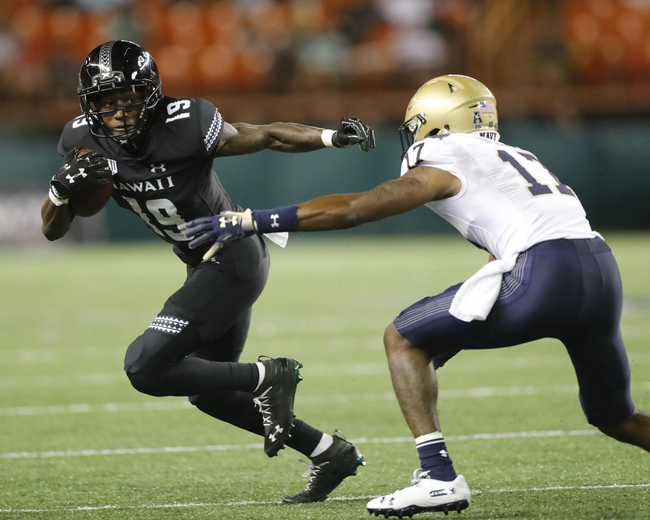 The Fresno State Bulldogs visit Aloha Stadium in Honolulu, Hawaii on Saturday night to play the Hawaii Rainbow Warriors. The Bulldogs had a bye this week and defeated UNLV 56-27 in Week 8. The win improved the Bulldogs record to 3-4. Josh Hokit rushed for three touchdowns with two coming during the fourth quarter helping Fresno State pull away for the win.

Hawaii improved to 5-3 with a 45-31 victory over New Mexico on Saturday. Quarterback Cole McDonald and running back Miles Reed led the ground game for the Rainbow Warriors as Hawaii rolled up 255 yards on the ground and McDonald led with 140 yards and two touchdowns while Reed rushed for 97 yards and one TD. Kumoku Noa caught four passes for 120 yards and one touchdown.

Although the Bulldogs have dominated this matchup in the past, the Rainbow Warriors have a much more balanced offensive attack and will come out on top. With Cole McDonald under center, Hawaii has a true dual-threat quarterback who has four receivers that have gained 400 yards or more. Final Score Prediction, Hawaii Rainbow Warriors win and cover ATS 41-31