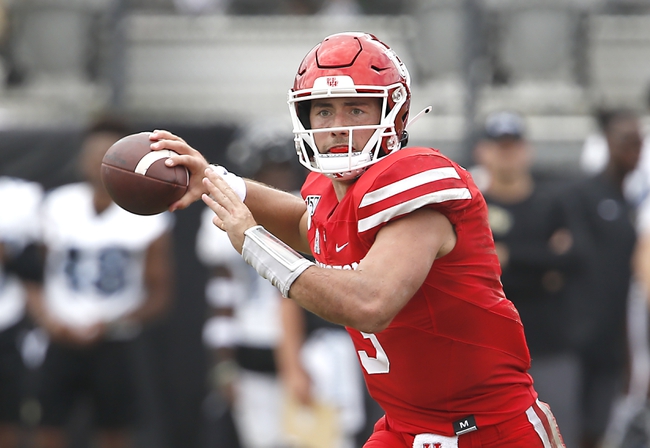 The Midshipmen are heading into the game here with a decent record of 8-2 on the year and when playing in the conference Navy has ended up going 6-1 on the year. The Midshipmen have ended up getting a nice win over SMU in their last game on the field by a 35-28 win.

Houston has not been that impressive on the year with a 4-7 record on the year and a dismal 2-5 conference record this season. The Cougars did pick up a 24-14 win over Tulsa in their last game on the field.

The Cougars have been decent on the offensive side of the ball with 29.7 point a game being scored and having gained 379 yards per game. When playing defense the Cougars have given up 32 points a game and have allowed 460 yards a game.

The Cougars are coming into the game here playing decent at times, but the Cougars have had some issues as well on the defense at slowing down teams. The good news is the Cougars rushing defense is not that bad and that is the power of the Navy offense. Still the Navy offense is able to bring home a good win in the game here. Final Score Prediction, Navy Midshipmen win and cover 37-28.