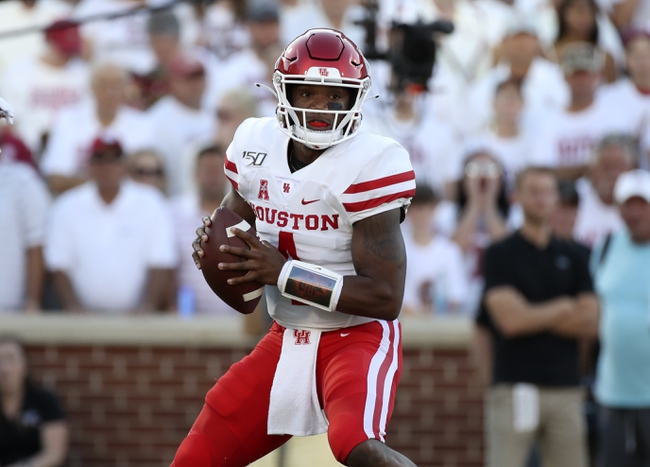 The Houston Cougars need a victory to rebound from a Sunday loss to the Oklahoma Sooners. The Houston Cougars have won five of their last six home games. D’Eriq King is completing 51.9 percent of his passes for 167 yards, two touchdowns and zero interceptions. King has two or more touchdown passes in 10 of his last 11 games. Marquez Stevenson and Kyle Porter have combined for 112 receiving yards and two touchdowns while Keith Corbin has one reception. The Houston Cougars ground game is averaging 241 yards per contest, and King leads the way with 103 yards and one touchdown. Defensively, Houston is allowing 49 points and 686 yards per game. Grant Stuard leads the Houston Cougars with 14 tackles, Payton Turner has two tackles for loss and David Anenih has one forced fumble.

The Houston Cougars have a short week to prepare for this contest after playing on Sunday, but they're also a team that will be eager for a bounce back showing after not putting their best foot forward. Houston is better than what it showed in Norman, and King especially will be thrilled to get back on the field. The Prairie View Panthers didn't look great defensively in their opener against Texas Southern, and they'll certainly struggle to slowdown the speed of this Houston offense. Give me the Cougars in a beatdown.