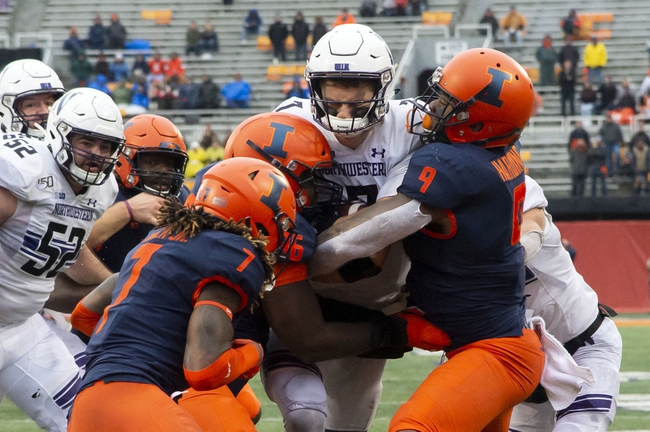 The Fighting Illini have been carried throughout the season by quarterback Brandon Peters.  Peters has passed for 1,611 yds on 130 completions, while throwing 17 touchdowns and 7 interceptions.  Reggie Corbin has contributed 634 yds on the ground, while finding the end zone 6 times.  Josh Imatorbhebhe added 634 yds receiving and 9 scores.  Defensively, Dele Harding led the way in tackles with 148, which the next closest had 80 tackles.  Defensive linemen Oluwole Betiku Jr. registered 8 sacks.

Golden Bears are 1-4 ATS in their last 5 bowl games.

Fighting Illini are 6-2 ATS in their last 8 neutral site games.

Fighting Illini are 6-1 ATS in their last 7 games overall.

The underdog has gone 4-0 ATS in the last 4 matchups between the two schools.  The Golden Bears offense has struggled this year, averaging just over 20 points per game.  California ranks 104th in passing and 105th in rushing on offense, while Illinois ranks 39th in pass defense and 110th in rush defense.  Illinois has seen the majority of their offense come through the air, this is a good sign for the Fighting Illini.  California ranks 108th in pass defense.  The Golden Bears are favored, but this is a game where I can see the Fighting Illini win outright.  Illinois should be able to find success through the air.  I'll be safe and take the points with Illinois.  Final score prediction, California will win but Illinois will cover, 23-21.