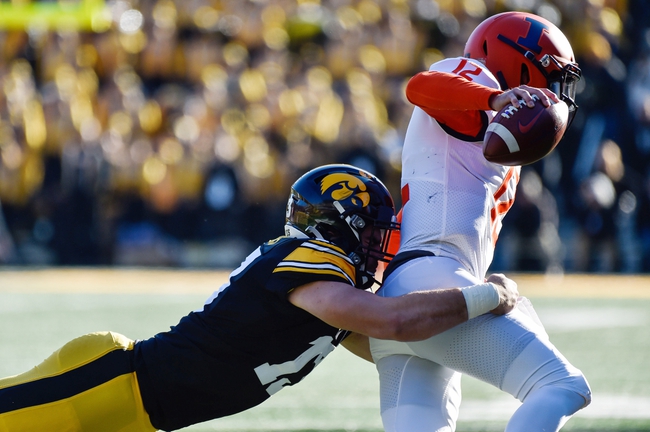 Northwestern has only managed to get 2 wins on the year and in the Big Ten this year the Wildcats have yet to win. In the last game the Wildcats were able to hang close enough to give the Golden Gophers a scare, but still fell short in the game 38-22.

Illinois has looked somewhat decent on the year with a 6-5 record and a 4-4 record in the conference play this year. The Fighting Illini have been able to pick up a close loss to Iowa in the last game played by a score of 19-10.

The Fighting Illini are coming into the game here with a great chance of going over the five hundred mark in the Big Ten. The Wildcats are horrible this year and I do not see them really moving the ball against the Fighting Illini defense that well. Final Score Prediction, Illinois Fighting Illini win and cover 24-10