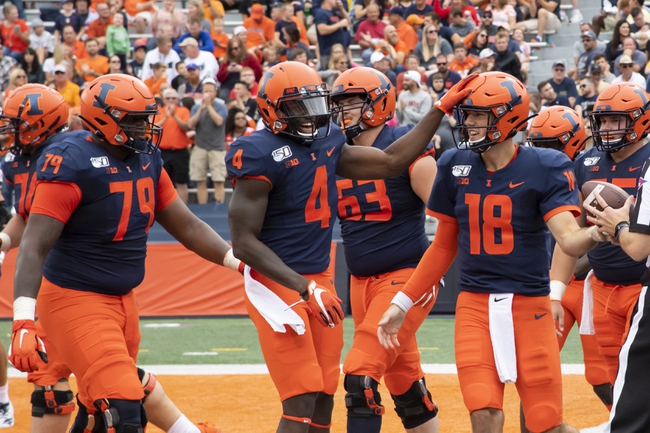 The Eastern Michigan Eagles didn't look good last week against Kentucky, but this is a squad that competed well last year against some of the top teams in the MAC and even racked up a road win over Purdue. The Illinois Fighting Illini have a little pep in their step after a 2-0 start and while the offense is showing improvement, it takes more than wins over Akron and UConn to move the needle for me. With all that said, I was a believer in the Fighting Illini before the season started and mentioned that if Lovie Smith was going to have success with this program, it would be this year. I'll continue to ride Illinois and this experienced roster.