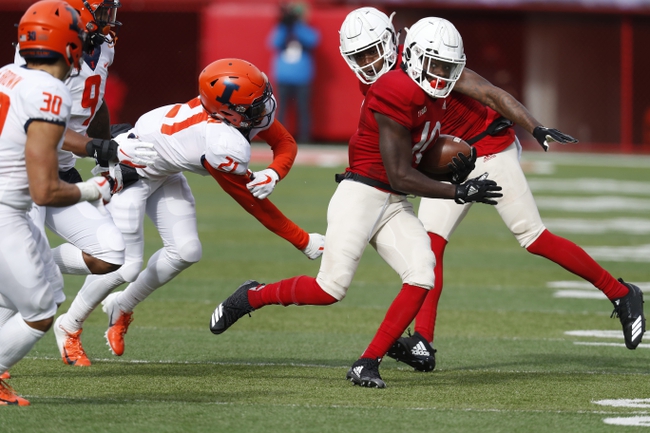 The Nebraska Cornhuskers have failed to cover eight of their last 11 games as a double-digit favorite. The Illinois Fighting Illini have failed to cover 12 of their last 17 games as a double-digit underdog. Nebraska looked good last week, but it takes more than one game for me to overlook the past struggles, especially on the road where the Cornhuskers have lost eight straight. Illinois is coming off a brutal loss and wasn't great in its home win over UConn. However, I've mentioned in the past that this is as experienced and talented Illinois has been in years. If there's going to be improvement under coach Lovie Smith, it's going to be this year. This is a statement game. If Illinois can't show up here, this season is probably going head in the wrong direction. Give me the points.