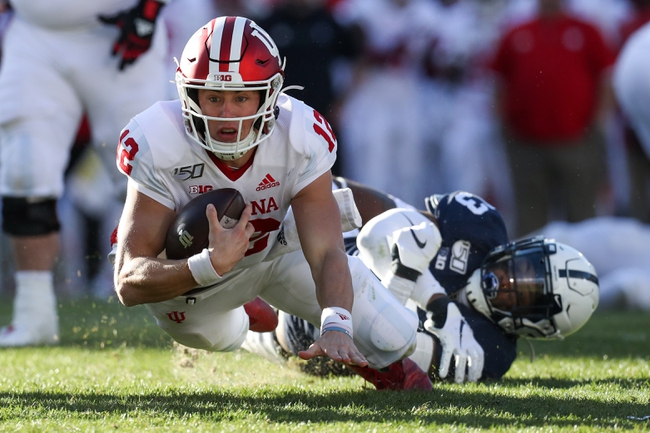 Shea Patterson is the quarterback for the Wolverine on the year with 2157 yards being thrown for with 16 touchdowns and 4 picks. The rushing attack for the Michigan team has been led by Zach Charbonnet with 124 carries and 589 yards, but also 11 scores as well.

Indiana has really had some great games on the year and has managed to get a 7-3 record overall, but in the conference play the Hoosiers have posted a 4-3 record. The Hoosiers in the last game did get hung with a loss, but the game was close as the Nittany Lions only won by 7 points.

Peyton Ramsey is the quarterback for the Hoosiers on the year. Ramsey has thrown the ball for 1673 yards and 10 touchdowns, but has been picked off 3 times this year. Stevie Scott III has managed to carry the ball 165 times for 791 yards and 9 touchdowns on the year.

Indiana is going to put up a great fight in this game, but the Wolverines have a major offensive power house that has been difficult to slow down on the year. Look for the Wolverines to have a good game here defensively as well which is what really clinches the game for the Wolverines as the Wolverines barely escape Indiana with a win. Final Score Prediction, Michigan Wolverines win but fail to cover 27-21.