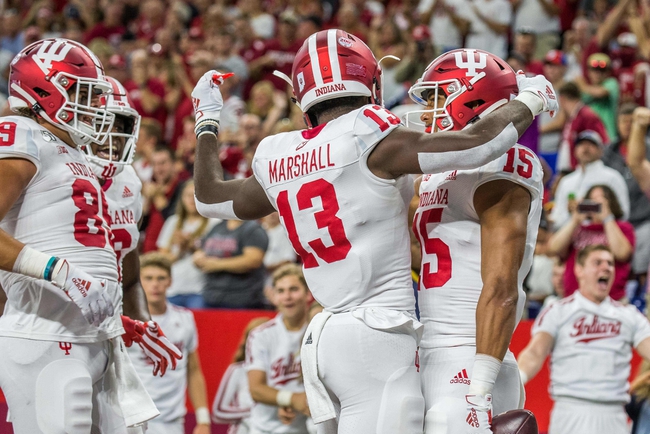 The Indiana Hoosiers look for a quick 2-0 start after beating Ball State by 10 points last Saturday. The Indiana Hoosiers have lost four of their last five home games. Michael Penix Jr. is completing 60 percent of his passes for 326 yards, one touchdown and two interceptions. Penix has two touchdown passes on 74 career pass attempts. Nick Westbrook and Peyton Hendershot have combined for 172 receiving yards and one touchdown while Whop Philyor has six receptions. The Indiana Hoosiers ground game is averaging 148 yards per contest, and Penix leads the way with 67 yards on seven carries. Defensively, Indiana is allowing 24 points and 398 yards per game. Reakwon Jones leads the Indiana Hoosiers with 11 tackles, Jerome Johnson has 1.5 sacks and Jaylin Williams has one interception.

If the Eastern Illinois Panthers are going to have a hard time moving the ball against Chattanooga, I'm not sure what they're going to do with Indiana, a program that's improved by leaps and bounds these past few years. Indiana should also be eager to play even better after not putting away Ball State in its season opener. Eastern Illinois is going to have a hard time keeping up in this contest based on what we saw from the Panthers last week.