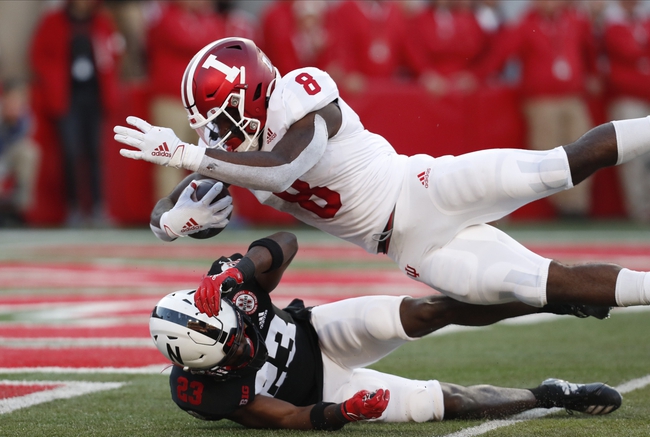 The Northwestern Wildcats are set to visit Memorial Stadium in Bloomington, Indiana for a Big Ten clash against the Indiana Hoosiers. The Northwestern Wildcats come into this matchup with a 1-6 record, and they will be looking to rebound after dropping their recent home game against the Iowa Hawkeyes, 20-0. QB Aidan Smith struggled to get any offense generated through the air for the Wildcats as he threw for 138 yards and 1 interception. RB Isaiah Bowser was bottled up by the Iowa defense as he ran for 36 yards on 14 carries.

The Northwestern Wildcats struggled on the defensive side of the ball against the Iowa Hawkeyes as they allowed them to score 20 points while failing to force a turnover. Junior LB Blake Gallagher led the way for the Northwestern defense with 10 tackles and 1 pass deflection. Sophomore DB Greg Newsome II had a productive game from the secondary for the Wildcats as he racked up 9 tackles and 2 pass deflections.

The Indiana Hoosiers come into this matchup with a 6-2 record, and they will be looking to continue their success after winning their recent road game against the Nebraska Cornhuskers, 38-31. QB Peyton Ramsey had a productive game through the air for Indiana as he connected on 27 of his 40 pass attempts for 351 yards, 2 TDs, and 1 interception. Junior WR Whop Philyor was the top target for Ramsey and the Hoosiers as he racked up 178 yards on 14 carries.

The Indiana Hoosiers struggled on the defensive side of the ball against the Nebraska Cornhuskers as they allowed them to score 31 points and rack up a total of 514 yards of offense. Sophomore LB Micah McFadden led the way for the Indiana defense with 11 tackles while senior DB Khalil Bryant contributed 10 tackles and a TFL. Sophomore DB Jamar Johnson was able to rack up the lone sack of the game for the Hoosiers while also forcing a fumble.

The Northwestern Wildcats have been terrible this season as their lone win of the season came against UNLV in week 2, and a reason for their struggles has been the fact that they have the worse offense in the nation (10.7 PPG). Indiana has been rolling this season as they have already earned bowl eligibility, and they are rolling into this game with consecutive road wins over Nebraska and Maryland. Indiana has done the majority of their damage on the ground with Stevie Scott (621 yards, 7 TDs), but the biggest mismatch will be their defense as they rank 38th in points allowed.