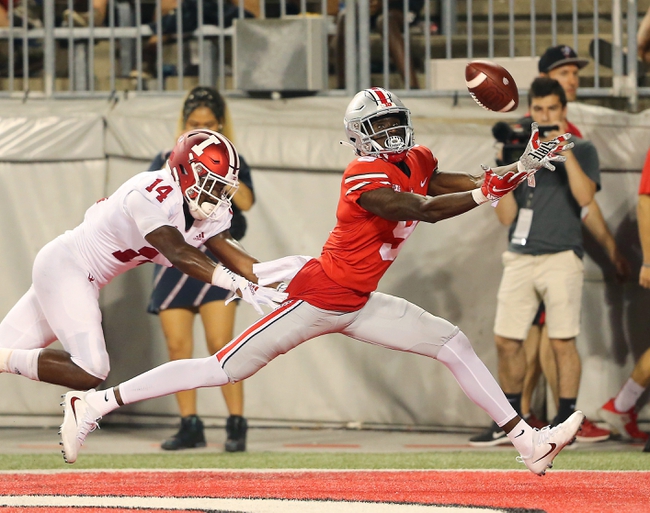 The Indiana Hoosiers look for a statement victory to improve to 3-0 on the season. The Indiana Hoosiers have lost four of their last six home games. Michael Penix Jr. is completing 63.3 percent of his passes for 523 yards, three touchdowns and two interceptions. Penix has four touchdown passes on 94 career pass attempts. Whop Philyor and Donavan Hale have combined for 267 receiving yards and one touchdown while Peyton Hendershot has nine receptions. The Indiana Hoosiers ground game is averaging 131 yards per contest, and Stevie Scott III leads the way with 109 yards and three touchdowns. Defensively, Indiana is allowing 12 points and 257 yards per game. Reakwon Jones leads the Indiana Hoosiers with 15 tackles, Jerome Johnson has 1.5 sacks and Jaylin Williams has one interception.

The Ohio State Buckeyes have failed to cover seven of their last 10 games as double-digit favorites. The Indiana Hoosiers have covered 10 of their last 15 games as a double-digit underdog. It's hard to get a feel for how good Indiana is given the lack of competition its played up to this point, but we do know from past meetings that the Hoosiers struggle with the speed of the Buckeyes. The Buckeyes are beating the Hoosiers by an average of 20.8 points in the last five meetings, and they've covered six of the last eight meetings at Memorial Stadium. The Indiana Hoosiers lack the playmakers and the speed to slowdown this OSU offense. I'll eat the chalk.