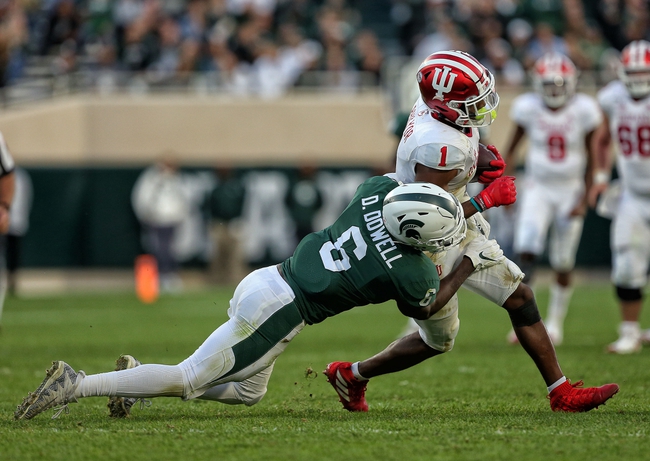 The Rutgers Scarlet Knights visit Memorial Stadium in Bloomington, Indiana on Saturday for a Big Ten showdown with the Indiana Hoosiers. The Scarlet Knights fell to 1-4 on the season following a 48-7 loss to Maryland. The loss spoiled the debut of Nunzio Campanile the interim head coach for the Scarlet Knights. Rutgers announced that junior captain and halfback Raheem Blackshear will redshirt the remainder of the season.

Indiana fell to 3-2 on the season following its 40-31 last eight days ago to Michigan State. The Hoosiers had a bye week this past weekend. In the loss to Michigan State, Michael Penix Jr. threw three touchdown passes including one with two minutes remaining that tied the game, but the Indiana defense could not stop the Spartans who marched down the field for a touchdown and the win.

McLane Carter has thrown for 368 yards, two touchdowns and four interceptions. Isiah Pacheco is the leading rusher with 340 yards and four touchdowns. The leading receiver for the Scarlet Knights is Bo Melton with seven receptions for 256 yards and one touchdown. Tyshon Fogg leads the defense in tackles with 46.

Michael Penix Jr. has thrown for 809 yards, six touchdowns and two interceptions. Stevie Scott III leads all Hoosiers running backs with 281 yards rushing and four touchdowns. Whop Philyor is the leading receiver with 371 yards, while Donavan Hale has 283 yards receiving and two touchdowns. The leading tackler for Indiana is Reakwon Jones with 29.

The UNDER has cashed in 5 of the Hoosiers last 7

Indiana came very close to upsetting Michigan State and its only other loss is to Ohio State. Rutgers on the other hand is a team in deep turmoil. The Scarlet Knights have fired their head coach and have an interim in place; have red-shirted their top running back and receiver Raheem Blackshear; and have benched quarterback Artur Sitkowski. Take the home chalk. Final Score Prediction, Indiana Hoosiers win and cover ATS 42-10