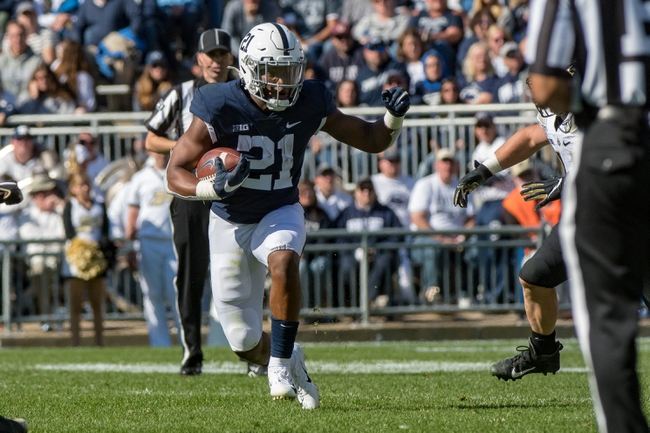 In one of the games of the week, the Penn State Nittany Lions travel to Iowa City to take on the Iowa Hawkeyes at Kinnick Stadium in Big Ten action.

Savvy college football players look at all the options this game offers up and they start to salivate. It’s tough to imagine that if Iowa could score just three points against Michigan that it could muster much more against Penn State, right? Yes, Michigan did look like its old self last weekend, but why? Iowa really hasn’t lit up the scoreboard against anyone except for 48 points against a Middle Tennessee State team that appears to be on a down year, a 30-point performance against Rutgers, and 38 points against Miami (Ohio). The only other respectable defense Iowa faced was in-state rival Iowa State and it mustered just 18 points.

Of course, Iowa hangs its hat on its defense, which is currently ranked third in FBS allowing just 8.5 points per game. It has allowed 10 points per game or less three times and has not allowed more than 17 points all season long. Those modest offensive numbers suddenly look like plenty with a defense that has done what it has done this season.

The total sits at 41, and that’s problematic. It’s tough to imagine Iowa scoring too many points, even though the game is in Iowa City. Penn State doesn’t give up points -- period.  In fact, it has only allowed double digit scoring twice, and the most it has given up is 13 points to Buffalo. So imagine Iowa matches that number. Will the Hawkeyes hold Penn State to 28? That’s 41 points, and the Nittany Lions have blown past 28 points in every game except the Pitt game.

Don’t make a mistake here. Penn State is clearly the better overall team. Strange things could happen on the road, but they haven’t so far for Penn State. The question really is why the Nittany Lions are only ranked No. 10 in the nation at this point. The 17th-ranked Cyclones will put up a fight, but this is Penn State’s game to lose. At just 3.5 points, put faith in Penn State’s offense to score enough to cover.