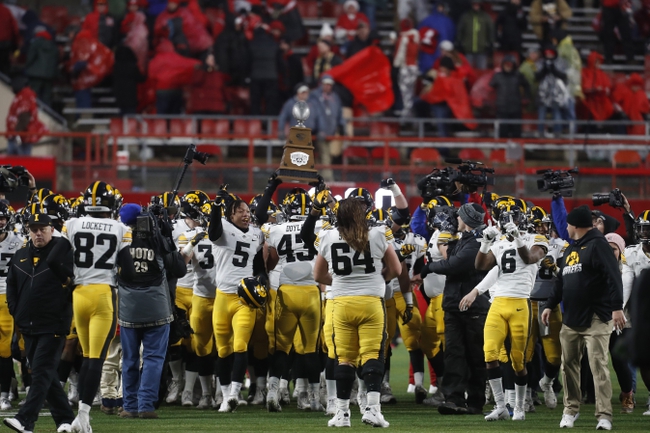 The Iowa Hawkeyes are led by senior quarterback Nathan Stanley who has had a somewhat disappointing end to his career after tossing 26 touchdowns his sophomore and junior seasons; Stanley threw for 2700 yards and only 14 touchdowns while throwing 7 interceptions.

The Iowa offense has struggled at times this year averaging only 23.8 points per game which ranks 99th in the NCAA. The Hawkeyes have played a very capable defensive schedule in the Big Ten and have won five of their last six games.

USC starting quarterback Kyle Slovis has put together a solid season with 3000+ yards and 28 touchdowns to only 9 interceptions. Slovis has a 79.3 quarterback rating which is good to rank 13th in the nation. Slovis main target has been electrifying senior wide receiver Michael Pittman Jr. who has caught 95 balls for 1,200 yards and 11 touchdowns. All ranking in the top 10 in the nation.

Iowa’s strength is their bend but don’t break defense which has allowed only 13.2 points per game; good for 5th in the NCAA this season. Led by future top-10 draft pick AJ Epensa with 9 sacks this season and senior Kristian Welch who despite missing 3 games this season leads the team in tackles with 79. USC defense has forfeited 27.8 points per game and ranks 67th in the nation.

The stingy Iowa defense and experience of coaching of Kirk Ferentz and a senior quarterback playing his final game will allow Iowa to win and cover the spread. Final score prediction Iowa Hawkeyes 27 USC Trojans 21.