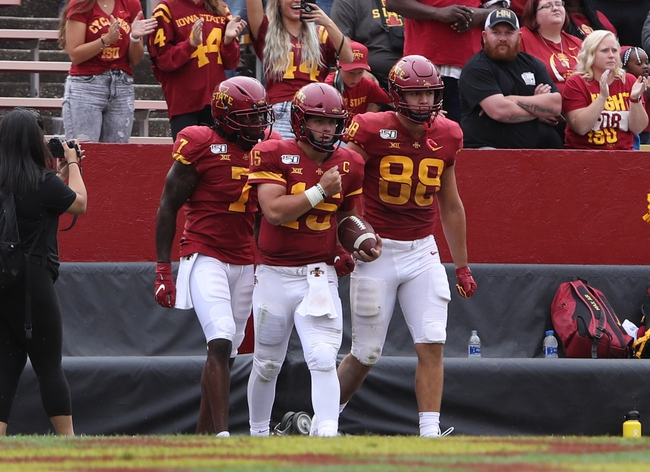 The Iowa Hawkeyes look for a 3-0 start when they take the road for the first time. The Iowa Hawkeyes have won three of their last five road games. Nate Stanley is completing 63.8 percent of his passes for 488 yards, six touchdowns and zero interceptions. Stanley has three or more touchdown passes in six of his last 11 games. Ihmir Smith-Marsette and Mekhi Sargent have combined for 125 receiving yards and three touchdowns while Nico Ragaini has four receptions. The Iowa Hawkeyes ground game is averaging 203.5 yards per contest, and Sargent leads the way with 150 yards and one touchdown. Defensively, Iowa is allowing seven points and 185 yards per game. Kristian Welch leads the Iowa Hawkeyes with 16 tackles, Amani Jones has one sack and Michael Ojemudia has two interceptions.

The Iowa Hawkeyes have won the last four meetings against Iowa State, and those games have been decided by an average of 16.5 points. Iowa has failed to cover six of its last eight games as an underdog. Iowa State has failed to cover five of its last seven games as a favorite. Home field matters in a rivalry game and you also have to give the Iowa State Cyclones points for having an extra week to prepare. Iowa State is a program that's improved greatly over the years and has been really good at home. I'll give the edge to the Cyclones in this toss-up contest.