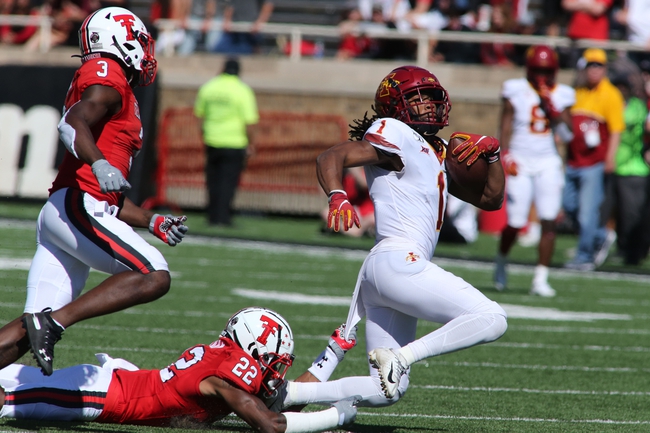 Oklahoma State is heading into this game after getting crushed by Baylor in the last game. The loss was kind of expected for the Cowboys, but they are a team that has been able to pull off some unlikely upsets on the year so far and that was the hope in this game. The downside is the Cowboys defense was horrible in the loss and that may stem back to the offense that kept the defense on the field quite a bit.

Iowa State had a great offensive showing in their last game. However, the defense did not have as good of a defensive showing that they typically have had all year. The Cyclones allowed the Texas Tech squad to put in a total of 24 points. Granted, the way the team has shown up defensively against what has been seen as an amazing offense for the Red Raiders is very impressive.

Iowa State will be pitting their strength of defense against the strong offense of Oklahoma State. That could make this game one to keep your eye on as the Cowboys offense was contained by the strong Baylor defense in the last game and may have some problems in getting the victory in this game as the Cowboys offense is unable to really get going on the running attack to provide the needed balance. Final Score Prediction, Iowa State Cyclones win, but fail to cover 35-27.