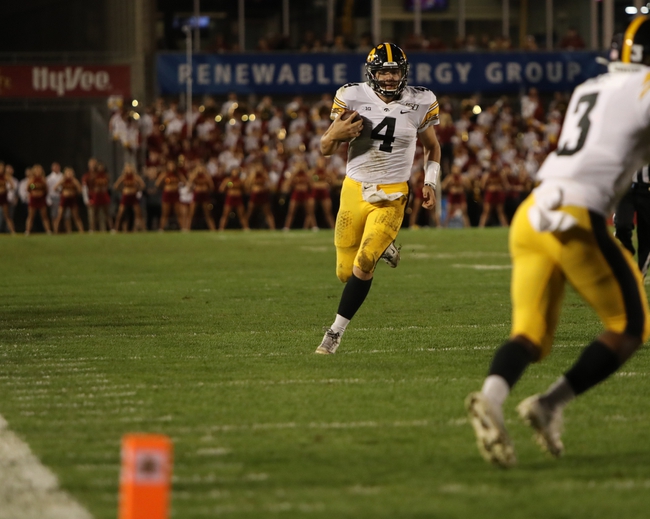 The Iowa Hawkeyes look for another victory to improve to 4-0 on the season. The Iowa Hawkeyes have won six of their last eight home games. Nate Stanley is completing 63.4 percent of his passes for 689 yards, six touchdowns and zero interceptions. Stanley has three or more touchdown passes in six of his last 12 games. Ihmir Smith-Marsette and Nico Ragaini have combined for 203 receiving yards and three touchdowns while Mekhi Sargent has nine receptions. The Iowa Hawkeyes ground game is averaging 173 yards per contest, and Sargent leads the way with 208 yards and one touchdown. Defensively, Iowa is allowing 10.3 points and 262.7 yards per game. Kristian Welch leads the Iowa Hawkeyes with 22 tackles, Amani Jones has one sack and Michael Ojemudia has two interceptions.

The Middle Tennessee Blue Raiders have split their last 10 games ATS as a double-digit underdog. The Iowa Hawkeyes have covered six of their last nine games as a double-digit favorite. Middle Tennessee got stomped on by Duke and Michigan, so there's no reason to expect much different with a better and more balanced Iowa team. The Iowa Hawkeyes showed what they can do to lesser competition in their first two games of the season, and they'll be eager to head into next weeks game against the Wolverines firing on all cylinders. I'll eat the chalk with Iowa.