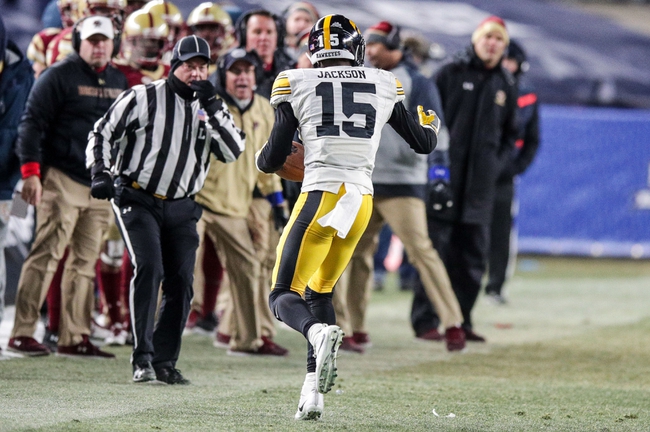 The undefeated #17 Minnesota Golden Gophers head to Iowa on Saturday for a game against the #18 Iowa Hawkeyes in a Big 10 Conference game.  In their last game, Minnesota defeated the #4 ranked Penn State Nittany Lions by score of 31-26.  Minnesota quarterback Tanner Morgan completed 18 of 20 passes in the game for 339 yards and 3 touchdowns.  Running back Rodney Smith carried the ball 18 times for 51 yards.  The lead receiver for the Golden Gophers was Rashod Bateman who caught 7 passes for 203 yards and 1 touchdown on the day.  The Minnesota defense gave up a total of 518 yards to Penn State, including 340 in the air, but were able to hang on just enough to get the win.

On the year Minnesota is now 9-0 overall and 6-0 in Big 10 Conference play, placing them in first place in the Big 10 West Division.  Quarterback Tanner Morgan has now thrown for 2,100 yards and 21 touchdown passes on the season against 4 interceptions.  Rodney Smith leads Minnesota in rushing on the year and has ran for 940 yards and 7 touchdowns on 172 carries.  Rashod Bateman has been the Golden Gophers’ lead receiver on the season as he has caught 38 passes for 847 yards and 7 touchdowns.

The Iowa Hawkeyes welcome the Minnesota Golden Gophers to campus after losing their last game to the Wisconsin Badgers by the score of 24-22.  Iowa came up just short of tying the game in the 4th quarter after a 2 point conversion failed with 3:12 left in the game.  Iowa quarterback Nate Stanley completed 17 of 28 passes for 208 yards and 2 touchdowns.  Iowa was led in rushing by running back Toren Young who rushed for 44 yards on 9 carries.  Iowa was led in receiving by Tyrone Tracy Jr who caught 5 passes for 130 yards and a touchdown.  The Iowa defense allowed a total of 473 yards to Wisconsin, including 300 yards on the ground.

After the loss, Iowa is now 6-3 overall and 3-3 in conference play which places them in 4th place in the Big 10 West Division.  Quarterback Nate Stanley has thrown for 2,158 yards and 12 touchdowns on the year while throwing 5 interceptions.  The Iowa rushing leader is Mekhi Sargnet who has 102 carries on the season for 464 yards and 4 touchdowns.  Wide receiver Ihmir Smith-Marsette has led Iowa in receiving has he has caught 33 passes for 490 yarsd and 3 touchdowns so far this year.