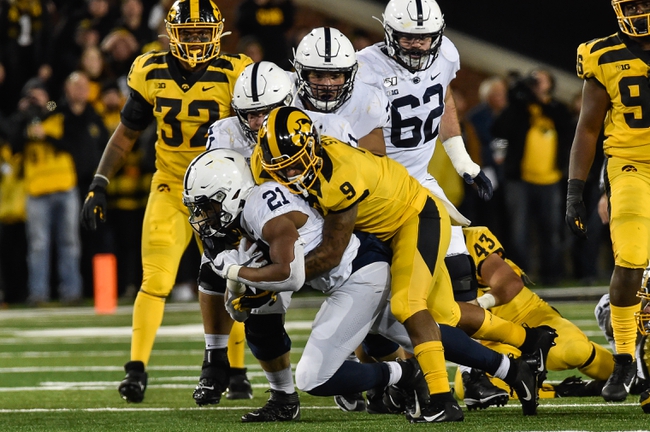 Purdue is one of those Big Ten teams that has really faded from being the powerhouse team that they had been in the past. The bad news for the Boilermakers is the fact that the team even against Maryland had allowed the Terrapins offense to score a total of 14 points in the game. The good news is the Boilermakers in the game may have found their newest addition at quarterback.

Jack Plummer is the quarterback the Boilermakers had start in the game. He was able to have a career day while going 33-41 with 420 yards and 3 touchdowns.  The rushing attack for the Boilermakers was not the strongest it could have been as King Doerue carried the ball 19 times for 69 yards, but only scored once.

Iowa is heading into this game after picking up a loss in their last 2 games. However, in those 2 losses they were very low scoring affairs that saw the Hawkeyes hold a vaunted Penn State offense to only 17 points. The week before that the Hawkeyes ended up holding the Michigan squad to only 10 points. No matter what, the fans know that the Iowa team has a defense that is nearly impossible to stop.

In the last game the Hawkeyes were able to get a decent day from Nate Stanley. He went 25-43 with 288 yards a touchdown and a pick. The rushing offense was not the best as Tyler Goodson led the Hawkeyes with 8 carries for 35 yards on the day.

Iowa has a defense that is unrivaled in most of the games they have been playing. Look for that to continue in this game as the Hawkeyes are able to shut down the Purdue offense and the way the Boilermakers defense has played the Iowa team is able to take control over the game here. Final Score Prediction, Iowa Hawkeyes win and cover 35-10.