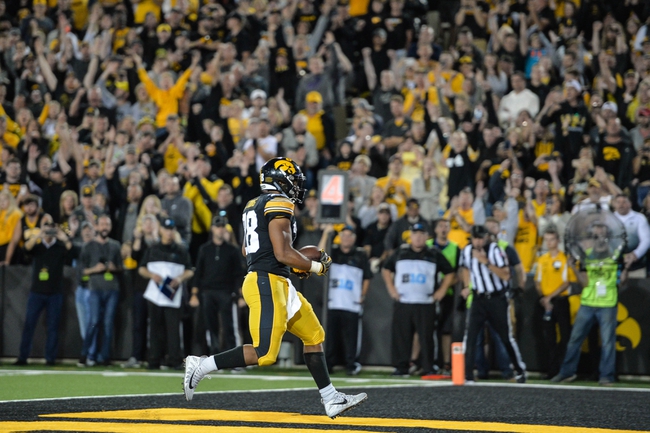 The Iowa Hawkeyes look for a 2-0 start after beating Miami (OH) in their season opener. The Iowa Hawkeyes have won seven of their last nine home games. Nate Stanley is completing 70 percent of his passes for 252 yards, three touchdowns and zero interceptions. Stanley has three or more touchdown passes in five of his last 10 games. Mekhi Sargent and Nico Ragaini have combined for 110 receiving yards on five receptions while Ihmir Smith-Marsette has four receptions. The Iowa Hawkeyes ground game is averaging 213 yards per contest, and Sargent leads the way with 91 yards and one touchdown. Defensively, Iowa is allowing 14 points and 245 yards per game. Djimon Colbert leads the Iowa Hawkeyes with eight tackles, Amani Jones has one sack and Michael Ojemudia has one interception.

The Iowa Hawkeyes are as consistent as they come and usually have no problem bullying an opponent that isn't up to the task. The Rutgers Scarlet Knights have been a joke of a program for years, but they had no trouble moving the ball up and down on UMass, and while it's just UMass, it's progress for a program that got smoked by Kansas last year and won just two games in 2016. Rutgers may still have a ways to go, but this team has improved on the overall talent it brings in and will be up for this game on national tv. It's a noon game and Iowa has rival Iowa State on deck. Possible look ahead? The Iowa Hawkeyes are also just 6-10 ATS in their last 16 games as a double-digit favorite. Give me the points.