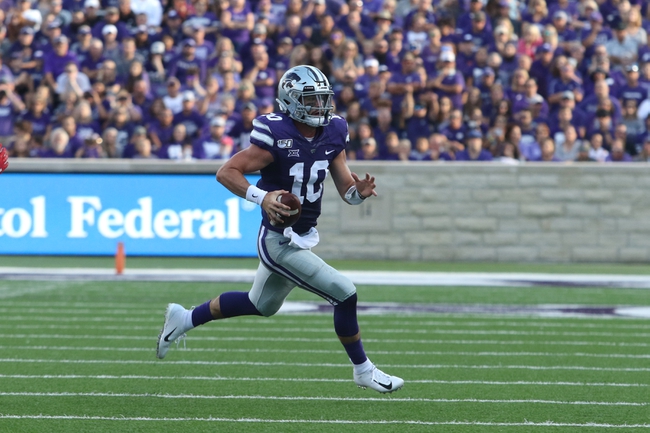 The Bowling Green Falcons and the Kansas State Wildcats will meet up on the college football circuit Saturday.

Bowling Green opened things up with a victory in their Week 1 game against the Morgan State Bears. The Falcons jumped out to a 30-3 lead at halftime and cruised to a 46-3 decision.

Darius Wade had a great outing for the Falcons in their opener, tossing for 253 yards and three touchdowns. Andrew Clair led the Bowling Green rush with 86 yards and a TD, and Julian Ortega-Jones put up five grabs for 69 yards.

Over on the Kansas State side, they bagged a big win in their opener as well, taking out the Nicholls State Colonels 49-14. The Wildcats were up 28-0 at halftime in that one and put up 21 points in the fourth quarter.

Bowling Green should come into this one nice and fresh, as they were able to ease things back in the second half thanks to that big lead. That led to a lot of different rushers getting work, and most of them put up nice numbers.

Kansas State did much of the same thing in their game, as nine different players had at least one rush, and six of them scored. This should be a fun matchup and could end up being a lower-scoring affair. I like Bowling Green to keep relative pace here and cover.