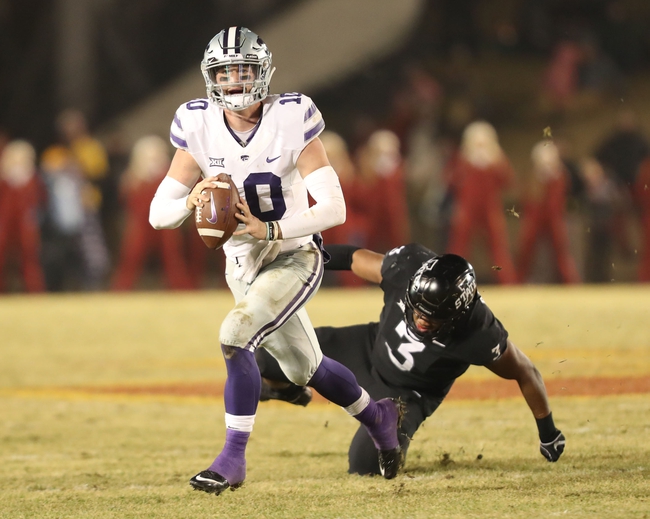 The Kansas State Wildcats will figure out how to play football without Bill Snyder on the sidelines, as Chris Klieman, a four-time champion with North Dakota State, becomes head coach for the first time on the FBS level. The Kansas State Wildcats have won four of their last five home games. Kansas State returns seven starters from an offense that averaged 22.5 points and 344.7 yards per game. Skylar Thompson is back at QB after nine passing touchdowns, four interceptions and five rushing touchdowns. Thompson should be a lot more comfortable with his top-two receivers returning as well in Isaiah Zuber and Dalton Schoen, a duo that combined for 1,139 receiving yards and seven touchdowns. Kansas State returns eight starters from a defense that allowed 25.4 points and 403.4 yards per game. KSU lost some leadership on the defensive side, but leading tackler Da'Quan Patton returns after 70 tackles, while 16 of the teams 18 sacks from last year are back as well. Cornerback AJ Parker is due for a breakout season, as he’s gotten better every year and is coming off a season where he had two interceptions and six pass deflections.

Both of these teams have experienced and proven quarterbacks, so the first thing that jumped off the page to me in this contest is the total. These offenses should be able to move the ball in this game and points are likely going to come often. Even in a Kansas State blowout, the Wildcats have the potential to get us close to this total by themselves. I like the over in this contest.