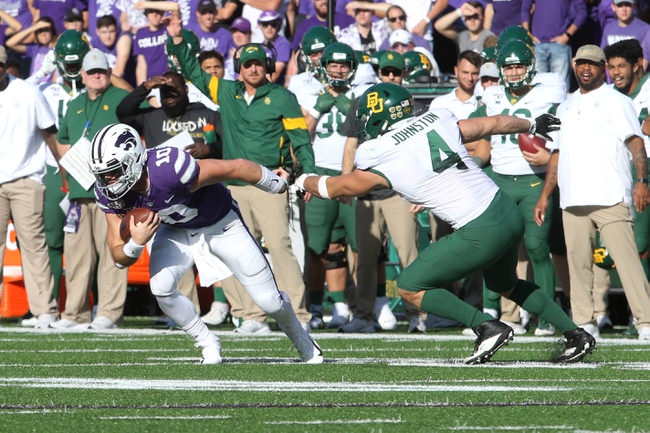 The TCU Horned Frogs visit Bill Snyder Family Stadium in Manhattan, Kansas to play a Big 12 showdown against the Kansas State Wildcats. TCU fell to 3-2 on the season following a 49-24 loss to Iowa State. TCU trailed 35-10 after three quarters but scored two quick touchdowns to pull within 35-24, but the Cyclones responded with two touchdowns and took the lead to 25 points.

Kansas State lost its second straight and fell to 3-2 following a 31-12 loss to Baylor a week ago Saturday. The Wildcats regrouped with a bye week this past week. In the loss to Baylor, Skylar Thompson threw for 218 yards, while James Gilbert led the Wildcats in rushing with 94 yards. The Wildcats had a poor display of offense stalling on drives and taking away just field goals rather than touchdowns.

Skylar Thompson has thrown for 822 yards, five touchdowns and one interception for Kansas State. The leading rusher for the Wildcats is James Gilbert with 415 yards and four touchdowns. Dalton Schoen leads all receivers with 219 yards and three touchdowns, while Malik Knowles has 142 yards and two touchdowns. De’Quan Patton is the leading tackler with 24.

The UNDER has cashed in 13 of the Wildcats last 19

Take the UNDER in this Big 12 showdown. Kansas State has had problems scoring points after opening with three straight victories. The Wildcats have lost two straight scoring just 12 points in each loss. The UNDER has cashed in 6 of the Wildcats last 7 at home and in 13 of the last 19 overall. In addition, the UNDER has cashed in 15 of TCU’s last 20 on the road. Final Score Prediction, TCU Horned Frogs win, but our best play is UNDER 24-17